Tuvalu's premier, Enele Sopoaga, says he would like to see the private sector take a role in helping economic development and fighting climate change in his country.

Tuvalu is considered one of the most threatened Pacific Island nations because of rising sea levels due to climate change.

Mr Sopoaga told Pacific Trade and Invest that Tuvalu was working on many fronts to combat the effects of climate change.

He said the private sector could be instrumental in helping create economic resilience.

He said coconut oil and breadfruit were also promising candidates for exports with the right kind of processing and packaging inputs to develop them.

The Prime Minister said there were no supply issues because of the abundance of coconut trees and the communities' readiness in producing toddy for sale.

"One coconut can produce as much as five litres of toddy," he said.

Mr Sopoaga believes the product has good export potential. The government has had samples assayed at the laboratories of the University of the South Pacific (USP) in Suva, Fiji and have developed a nutrition label in preparation for exports. 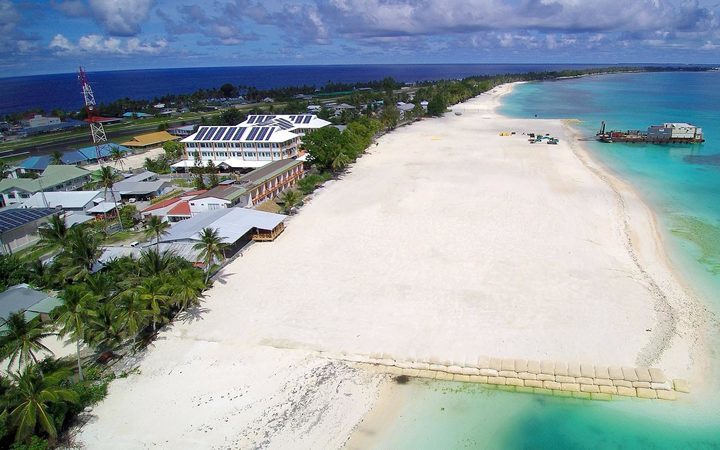