Pacific Oceania say they will need to step up another level after earning promotion to Asia/Oceania Zone Group One in the Fed Cup tennis competition.

The regional team came from behind to beat Singapore 2-1 in their promotion play-off semi final in Bahrain at the weekend, winning the decisive doubles rubber in straight sets. 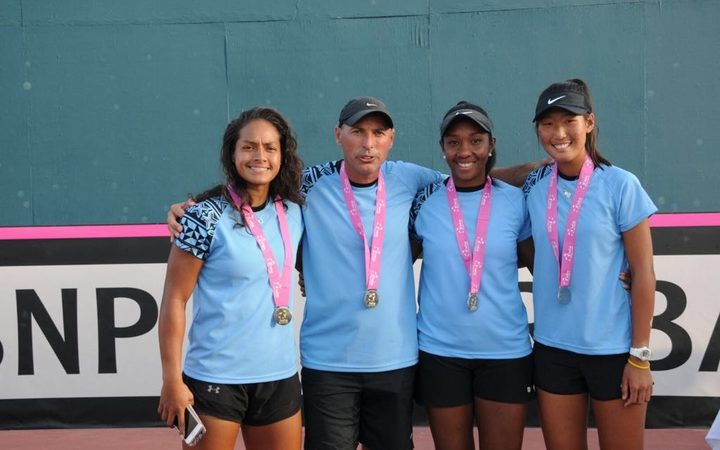 Team captain Gilles De Gouy said, after three years in Group Two, taking on the likes of China, Korea and Kazakhstan will be a whole new level.

"Because now we are going to compete with girls definitely in big countries of tennis, girls who are in the top 100 or top 200 for most of them...definitely playing between the middle of the big nations of Asia," he said.

"Yeah we need Abigail - these two girls I should say- because Steffi is playing just occasionally now in tournaments - she's more involved in the coaching in Samoa," he said.

"But she's still a very good doubles player (and) in singles she will keep playing...and Carol she is the perfect age to explode in her tennis so it would be good for next year if we can stay at the same level will be already a big success.

Gilles De Gouy said he was also hopeful their promotion might open the door to increased funding and sponsorship opportunities.