Residents on Niue were battening down the hatches on Saturday afternoon as Cyclone Gita sets its sights on the island. 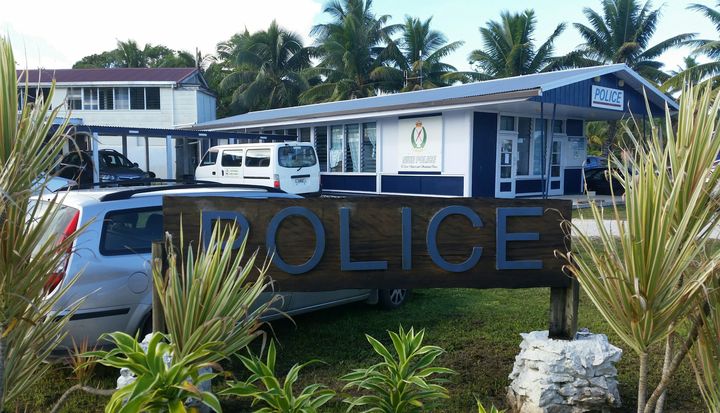 Having caused widespread flooding and damage in Samoa and American Samoa as a category two storm, Gita had veered southeast and was forecast to pass close to Niue's east coast overnight.

The Fiji Meteorological Service, which is responsible for warnings in the region, said Gita continued to intensify, and would likely do so for the coming day.

On current forecasts, it is expected to pass very close to the island's east coast, possibly as a category three storm.

The police chief, Tony Edwards, said residents were securing their houses and preparing for Gita's arrival.

He said authorities would meet this afternoon, and it was likely that a curfew would be imposed before nightfall.

"My intention is to increase the alert, and the only reason I would increase that would be because we're going into nightfall," Mr Edwards said.

"People need to be prepared so that when it's dark I don't want anyone outside trying to prepare themselves. Usually when we make the next alert, which is the yellow alert, we stop everything on island. Nothing is to happen."

New Zealand's High Commissioner to Niue, Ross Ardern, said the National Disaster Mangement Office is doing a superb job at communicating information about the cyclone and its likely impact.

"They are communicated via radio and by television," Mr Ardern said.

"The updates are on a very regular basis so people are very cognisant of what level of alert we're at and what preparations they should take." 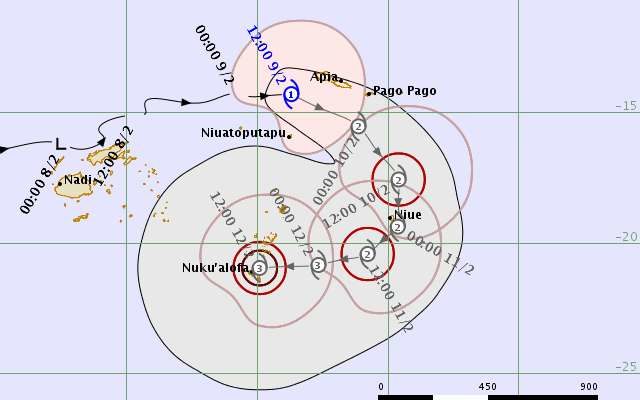 From Niue, the cyclone is forecast to complete a westward arc, and head towards Tonga's densely populated and low-lying main island, Tongatapu, on Monday.

Another tropical depression near Fiji

Another tropical depression -- TD08F -- is currently to the west of Fiji, near the Lomaiviti group of islands.

The Fiji Meteorological Service said it appeared to just be hovering, but it was covering most of Fiji with heavy rain, prompting flood warnings for much of the country.

The service said TD08F was not likely to develop into a cyclone.