A New Zealand journalist stopped from reporting on the Kiribati ferry disaster says it's a great shame. 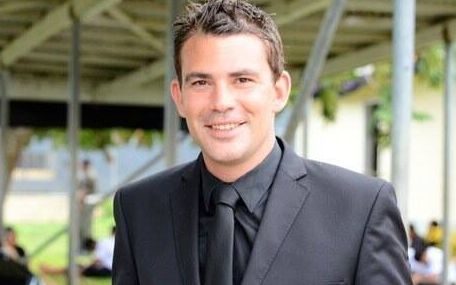 Newshub's Michael Morrah and his cameraman flew from Kiribati yesterday, after being told they couldn't cover the sinking of the MV Butiraoi because it was a very sensitive matter.

They were told the government was investigating, and did not want foreign journalists interfering or interviewing people.

Morrah said speaking with the survivors and others connected with the tragedy would not have impacted on the government investigation.

He said many i-Kiribati were desperate to find out what had happened.

"People I spoke to on the ground when I was there were very keen to understand why the ferry sank, why the alarm wasn't raised until eight days after the sinking and whether the Butiraoi should have been at sea in the first place.

"And look, having international journalists conduct their own interviews and inquiries will in no way hinder the official investigation," Morrah said.

The director of Kiribati Maritime said there was a lot of sadness and anger in Kiribati over the more than 80 deaths.

Morrah said that as journalists they had a duty and responsibility to investigate and convey accurate information to the public.

"And the current policy adopted by the Kiribati government makes it very difficult, if not impossible, for foreign reporters to perform this function.

"I think it's a great shame, as the Kiribati government, in my opinion, has been fairly slow in conveying this information about this fairly significant tragedy."

"It's unfortunate what's happened because it makes it appear that the government of Kiribati has something to hide. I'm not saying they do but whatever the case I think it's a step backwards for democracy and the principles of openness and transparency that we've become used to in the Pacific."

The journalists left the country after their passports were returned. ABC has also been prevented from reporting on the disaster by the Kiribati government.