A foreign flagged longliner has run aground off the American Samoan village of Leone and the US Coast guard, Department of Public Safety (DPS) and several other departments are investigating how it happened. 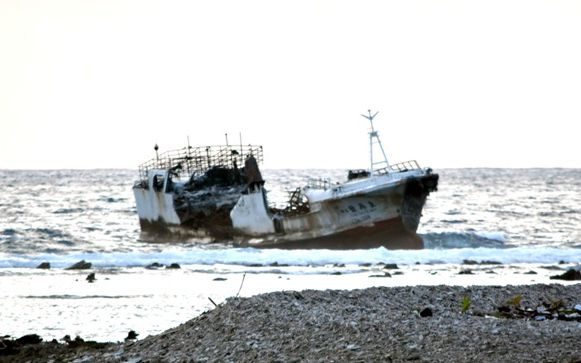 It is understood the vessel had been adrift at sea for some time and may have run aground overnight.

A team from the Coast Guard and DPS have been at the scene and according to Lieutenant Stiehl there was no oil spillage however authorities were monitoring the situation.

Lieutenant Stiehl said the boat had been adrift at sea for some time and it appears to have been deserted.

In 2015 another foreign longliner ran aground off Nuuuli and it has never been removed.