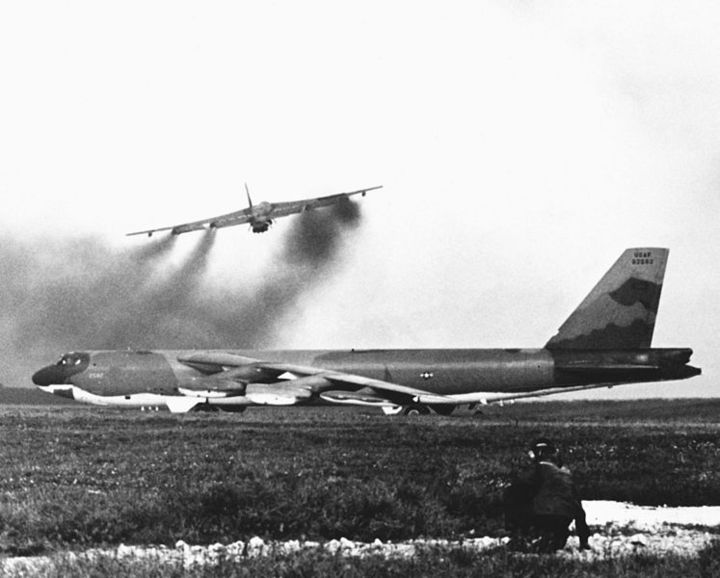 A U.S. Air Force Boeing B-52G-125-BW Stratofortress (s/n 59-2582) from the 72nd Strategic Wing (Provisional) waits beside the runway at Andersen Air Force Base, Guam (USA), as another B-52 takes off for a bombing mission over North Vietnam during Operation Linebacker II on 15 December 1972. Photo: USAF

The joint United States military command in Guam has identified a contractor to carry out soil tests for traces of rainbow herbicides allegedly used on the island, including Agent Orange.

The Guam Daily Post reported this came as the State Department continued to deny allegations made by several Vietnam war veterans that Agent Orange was used on Guam during the conflict.

A spokesperson for the US military said a company had been identified but it will not be named until the completion of the procurement process.

The US Environmental Protection agency and its local counterpart will be working in conjunction with the company to carry out the soil testing.

They'll be looking for traces of the herbicides used as tactical defoliants by the US military in Vietnam.

Exposure to Agent Orange has been associated with health complications.

The Guam Daily Post also said the US Government Accountability Office was expected to report on its investigation into Agent Orange on Guam by the middle of the year.