Guam is through to the semi finals in their debut appearance in the Davis Cup tennis competition, and will play-off against Oman later today for promotion to Asia/Oceania Zone Group Three.

The US Territory thrashed Tajikistan 3-0 in their final pool match in Muscat, with Mason Caldwell and Jean Pierre Huynh winning their respective singles rubbers 6-0 6-0 before combining in the doubles to win by the same scoreline.

Needing other results to fall their way, Guam were the benefactors as Bahrain lost to Singapore 3-0 and Mongolia edged Turkmenistan 2-1.

That left three teams tied in second place in Pool B with three wins and two losses from the pool stage, with Guam advancing to the Group Four playoffs with a superior 10-5 record in overall matches.

Guam will face Pool A winners and hosts Oman in the semi finals, with Pool B winners Singapore taking on Pool A runners up the United Arab Emirates. 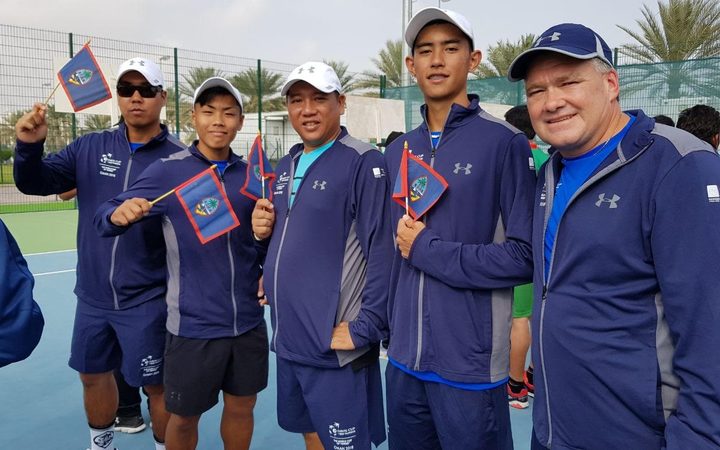