The Papua New Guinea men's sevens team are stressing the positives after losing a number of games and some key players in Sydney at the weekend.

The Pukpuks finished in a share of last place at Allianz Stadium, in their first appearance on the World Series since last year's Australian leg.

Coach Dougie Guise's side was crushed 50-0 by World Series champions South Africa in their opening pool match and 35-5 by England, before snaring a last-gasp 21-17 victory over Spain. 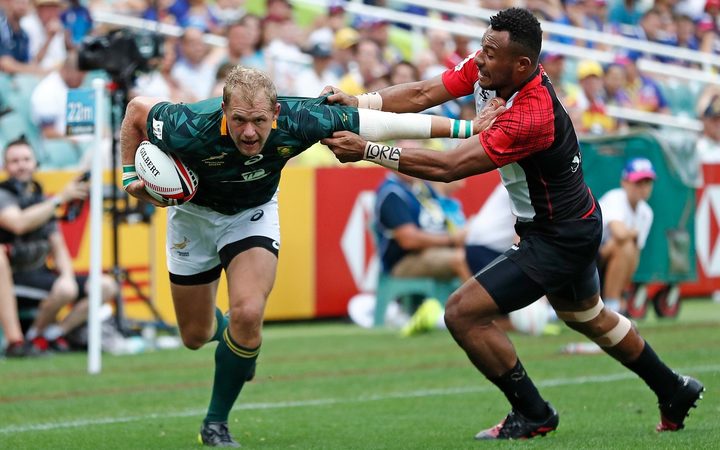 "The South Africa game was a nervous start by the boys, especially the new boys to the Sevens Series," admitted Guise.

"We don't have much elite competition back at home or abroad so we threw them in the deep end a bit and expected them to swim.

PNG have made two enforced changes to their squad for this weekend's Hamilton Sevens after finishing the Sydney tournament with only nine fit players. 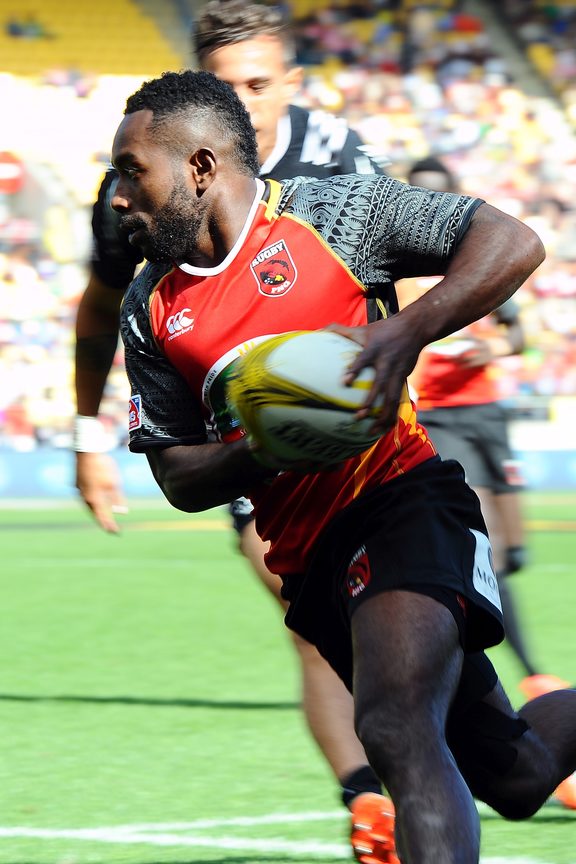 Papua New Guinea's Wesley Vali is back in the Pukpuks 7s side. Photo: PHOTOSPORT

Co-captains Arthur Clement and Henry Kalua have flown home injured and been replaced by Wesley Vali and Dean Manale.

Dougie Guise said losing two senior leaders is a big blow but they're fortunate their replacements have previous experience on the World Series, and were also involved in their strong showing at the Oceania Championships in November.

"We had to [at the] last minute scrounge around for some little bit of support - one of our close friends in Sydney assisted us in flying over a couple of boys," he said.

They met us in Sydney - they came via Brisbane to Auckland - so we're back to a full compliment for the weekend and we've got pretty much the same pool bar Spain again for this weekend."

"It was a bit of an eye opener last weekend and you can sense it at training - they already know what to expect this weekend and the preparation, we've had a couple of sessions now. It's a bit more upbeat, they've picked up the intensity a bit more knowing what they need to do, what's expected this weekend."

Papua New Guinea will face South Africa and England in pool play for the second week running as well as Russia.