A senior Indonesian health official says a vaccination campaign in Asmat will move to other Papuan districts in coming months after a deadly outbreak of measles.

As many as 100 children are feared to have died in the outbreak which has struck malnourished communities. 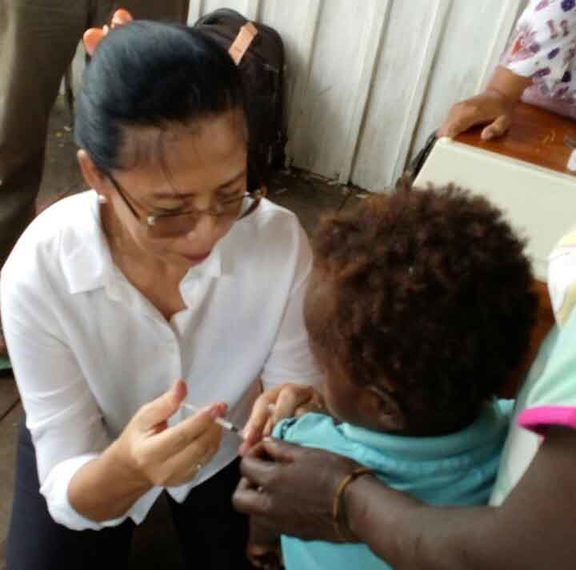 Director of Surveillance and Health Quarantine at the Ministry of Health Jane Soepardi has just returned from visiting Korowai tribespeople in one of the remotest parts of Asmat.

She said the health team she was with vaccinated children and adults to protect against multiple diseases.

She said a coming nine month mission ordered by the president will involve the army which had its own medical teams and can help with transport in hard to reach parts of the region.

Dr Soepardi said there were four cases of malnutrition in the area she visited.

She said the malnourishment stemmed from dependence on rice rather than the traditional sago, swampy terrain which inhibits agriculture and other changes in traditional eating habits.

Dr Soepardi said her health team also vaccinated for diptheria which had broken out in other parts of Indonesia.

She put the measles outbreak down to people carrying it back to their homelands, which had no immunity, after gathering for festivals in the Asmat capital.

She said another problem in Asmat was the lack of manpower and the government planned to address the lack of health care workers in the district.

"Some health centres have zero manpower," she said.