Lupe Ole Soaga football coach Paul Ualesi is demanding better discipline from his team as the Samoan title holders look to bounce back from a first up defeat at the OFC Champions League Qualifier.

Lupe were pipped 1-0 by Cook Islands champs Tupapa Maraerega in Pago Pago at the weekend and are currently bottom of the four-team qualifying event, from which two will advance to the OFC Champions League main draw.

Vaa Taualai was sent off five minutes before Tupapa scored the only goal of the match and Paul Ualesi said cool heads must prevail in today's crunch match against American Samoa's Pago Youth.

"That silly mistake that cost our first game predicting a physical encounter today because the first half we run the whole - we control the ball for the whole half," he said.

"But when our player got a red card for discipline that's where the boys fell down from that. That's why we need to work hard for the discipline to try and maintain a level of good discipline in the team." 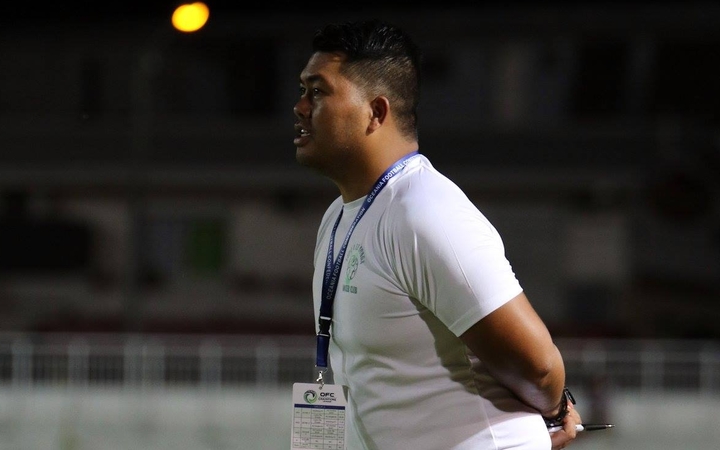 Meanwhile Tupapa Maraerega can secure a berth in the Champions League main draw for the first time in 17 years if they beat Tonga's Veitongo FC in today's other match.

The Cook Islands football champions lead the qualifying event after beating Lupe Ole Soaga and victory over Veitongo would secure one of the two qualifying berths into the Champions League proper, with a match to spare.

Coach Alex Napa said he's keen for more structure from his side than what he saw in their opener.

"Because looking at the opposing team that we're going to play tomorrow they might present some unorthodox problems for us to deal with and if we can organise ourselves with our game plan we might get the result that we are looking for."

Veitongo have never qualified for the main draw and coach Timote Moleni said they have to focus on the task at hand after letting a number of chances slip through their grasp in a 1-1 draw against local side Pago Youth.

"Whatever we have to do on the field out here, we have to do it as a team and everyone knows it, there is nothing impossible in this life, everything is possible."