Villagers in Papua New Guinea have attacked a man they believe used witchcraft to cause the death of the country's late rugby league star Kato Ottio.

The Kumuls player, who was 23, died in hospital earlier this month after collapsing during a training session. 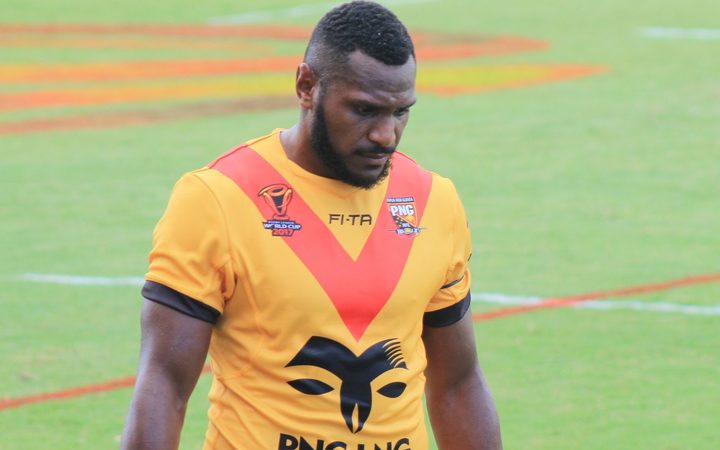 The Post Courier reports a man, understood to be Ottio's cousin, suffered knife wounds after he was set on by angry villagers from Tatana in the northwest of the PNG capital Port Moresby.

The paper says the man had to be rescued by police who were also pelted by the villagers.

Chief Sergeant Steven Lucas of the Port Moresby police told the paper the villagers had heard the man was being questioned and they surrounded the home, demanding that he be brought out.

The man was being questioned over a molestation case.

The officer says the man received stab wounds and a cut to his thigh and was being held at a police station for his own protection.

The Post Courier reports a post-mortem on Ottio revealed he was found to be in good health when he collapsed and died at Pacific International Hospital on January 9, two days after being admitted.