The Pacific Community says it's concerned about outbreaks of dengue fever in the region becoming harder to combat.

This comes amid signs that Samoa's government may be downplaying the extent of the spread of dengue in the country.

The Pacific Community, or SPC, is currently monitoring outbreaks of the mosquito-borne disease in French Polynesia, Samoa, American Samoa, Fiji, and Wallis and Futuna.

SPC's acting deputy director for public health unit, Sala Saketa, said there were often just one or two strains at any one time, with serotype 2 the most common.

But according to Dr Saketa, there had been ongoing shifts in the dengue strain as well as other major challenges.

"While the challenge, of course, is to prevent or control these diseases and so because of the nature of these countries, who have resource constraints as often they don't have the resources to combat such an outbreak depending on the size and the number of people being affected, and so this is kind of the challenge that we are seeing."

Dr Saketa said there was a need for better strategies and more in-depth research to combat it. The situation around dengue in Samoa appeared to underline her comment.

But by the end of the month, the ministry revealed nearly 2,500 people had contracted the mosquito-borne disease (highest number of reported cases were in children aged between 5 and 9 years).

Notably, the ministry revealed there had been five deaths from dengue. But in the absense of further updates, public speculation is growing that the number could be higher.

Samoa's Ministry of Health officials did not respond to RNZ Pacific's requests for an interview. However Samoa's prime minister Tuilaepa Sailele Malielegaoirecently admonished the public on his 2AP radio show for being lax in heeding Ministry of Health warnings about the dengue outbreak, while defending government awareness campaigns.

"They don't listen and take action on these prevention issues but when they get sick they start complaining, but the Ministry is doing it's job," he said.

Meanwhile, New Zealand's Auckland Regional Public Health Service stated it had seen a rise in the number of dengue fever cases in recent months, 70-percent of which could be traced to Samoa.

The situation remains of concern to neighbouring American Samoa where lawmakers held a special session last week to discuss what was being done to prevent dengue spreading further.

Currently there were 485 confirmed dengue cases in American Samoa and no deaths. But American Samoans returning from Samoa are being advised that if they have any dengue symptoms they should seek medical care.

Travellers to Samoa are being warned to take precautions to avoid being bitten by mosquitoes and on their return home to see a doctor if feeling unwell.

Tourist Vao Muller travelled to Samoa from New Zealand over the holiday break, but was shocked to not see any signs or local media coverage about it.

Having contracted dengue before, she said she took all the necessary precautions for her family including the frequent use of mosquito sprays and bracelets.

Her impression from people she met during her travels was that locals seemed quite blasé about the disease.

"I kind of expected that people there would be more aware of what was going on, but they weren't" said Ms Muller.

"From the lack of information that was available over there, I would hope that they are taking it seriously, but from what we could see, there was no evidence of that." 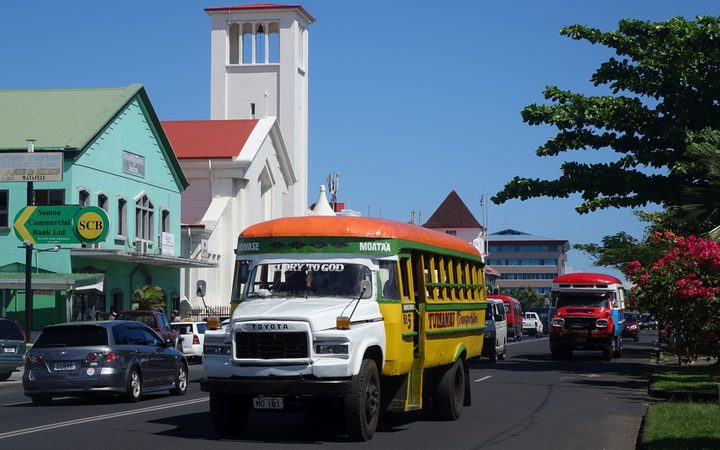 According to Dr Saketa, dengue tends to be concentrated in urban areas but the movement of people was a factor in the spread of the disease.

"So these are some of the predisposing factors fuelling dengue in the region," she explained.

"One challenge is of course to prevent or control such diseases and so because of the nature of the countries who don't have resource constraints as they don't have the resources to combat an outbreak depending on the size and number of people being affected so that is kind of the challenge that we are seeing."

Dr Saketa said an effective control would be to have a surveillance disease system in place and a system of emergency preparedness as well as ongoing public awareness campaigns.