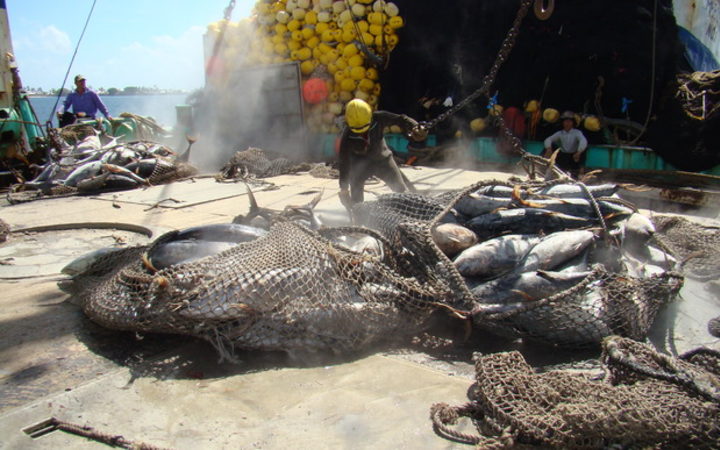 Tuna on the deck of a Pacific fishing vessel. Photo: RNZI/Giff Johnson

But Mr Norris said if the blockchain system was going to work on a fishery-wide basis, it would need commitment and collaboration from companies and governments in dozens of countries.

The system is on trial in Fiji to monitor tuna from the moment a fish is caught up until it's bought for consumption.

It's hoped the technology will help ensure more accountability on a global scale and combat illegal fishing practises, but Mr Norris said fish tracking is complex.