A banned Samoan female weightlifter says she had been told by her doctor the drug he was administering was not banned. 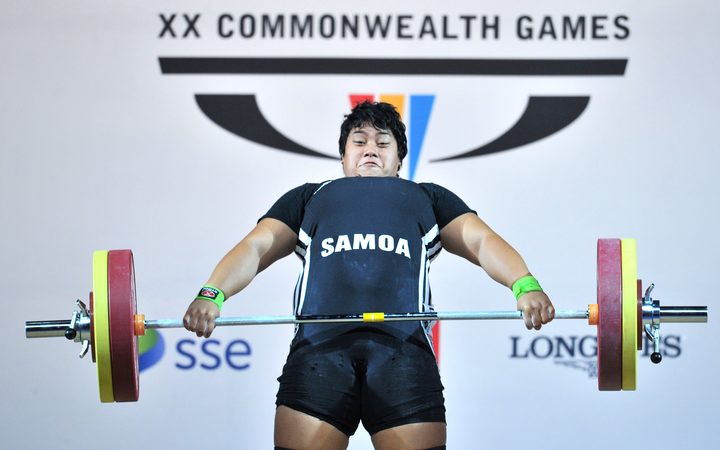 Iuniarra Sipaia of Samoa competes in the women's +75kg final during the 2014 Commonwealth Games. Photo: AFP

Iuniarra Sipaia won a bronze medal in the women's over 90kg category at the Asian Indoor and Martial Arts Games in Turkmenistan in September but was subsequently suspended for using triamcinolone acetonide.

Sipaia told the Samoa Observer she had done nothing wrong and was innocent because she had never intended to take drugs to enhance her performance.

However, in speaking out, she has also put Olympic silver medalist Ele Opeloge and her sister, Pacific Games gold medalist Mary Opeloge in the spotlight.

Sipaia told the newspaper that a 'Doctor Tala' had told her the injection was not a banned substance and that he had used the same on Ele, Mary and other