People in Guam are being warned of an increase in jellyfish sightings in the territory's waters and told not to go near the creatures even when they wash up on shore. 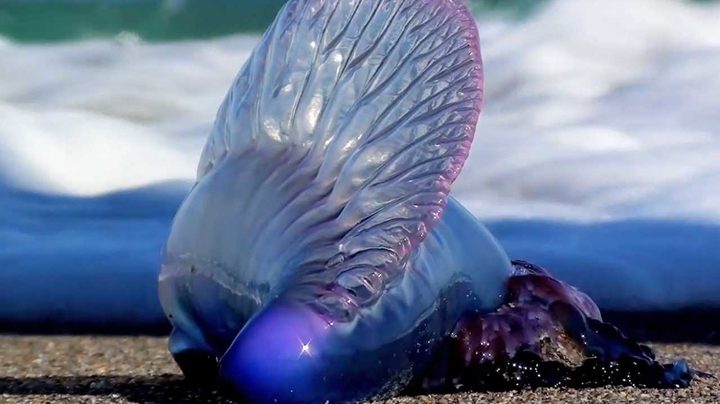 The Guam Daily Post reported Portuguese man o' war jellyfish had been sighted every day for the past three weeks and the Guam Department of Agriculture said it was also expecting increased numbers of box jellyfish near Guam's beaches.

The department's fisheries biologist Brent Tibbatts said man o' war sightings had mostly been on the northern and eastern ends of the island, from Ritidian down to Ipan.

Mr Tibbatts said jellyfish were not active swimmers, floating wherever the current carries them.

But he said Portugese man o' war and box jellyfish seemed to show up in big numbers around Guam between November and February.

Mr Tibbats said the venomous blue tentacles of the man o' war, which can grow up to six feet or longer, were dangerous whether the jellyfish were alive and floating in the water or washed up dead on shore.

Mr Tibbats told the Guam Daily Post if someone was stung by either of the jellyfish they needed to remove any tentacles sticking to them with something rigid like a stick or drivers license.

He said the areas stung should be flushed with saltwater, not fresh water, and over the counter pain medication should be taken.

Mr Tibbats said if victims experienced severe pain and or swelling, had difficulty breathing or experience any allergic reactions they should seek immediate medical attention.