Having posted an eight under par 64 in the opening round, Lee fought his way to one under 71 in tough conditions yesterday at Moonah Links and holds a one shot lead over the field on nine under par.

"Yeah it was tough out there today with the wind but coming from Fiji, Natadola [Bay Course], I had mentally prepared [for it] to be windy," he said.

"Yesterday was good because I was pretty calm all day until the last few holes and today was quite similar to Natadola so I just had a game-plan and stuck to it pretty good until the last hole, I hit in the left trap and made bogey, so it was unfortunate but I played solid from tee to green and made a few putts along the way. 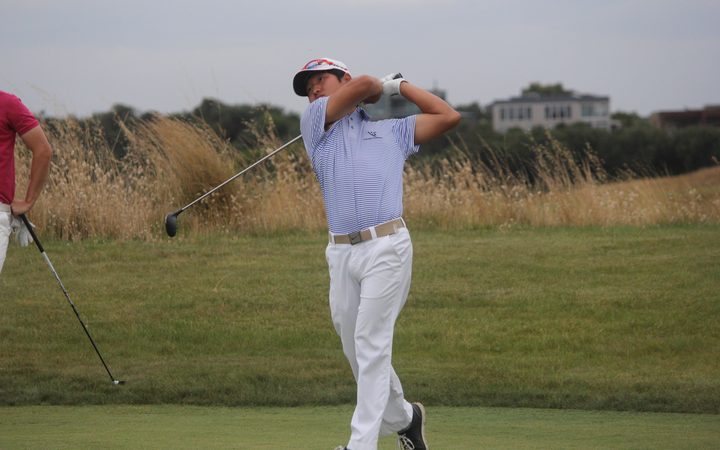 New South Welshman Jordan Mullaney is one shot off the pace after carding a three under par 69, which matched the best round of the day.

Victorian amateur Anthony Marchesani is another shot adrift in third place after an even par 72.

"It was an absolute grind out there today, I didn't hit too many greens and that obviously made it tough to make birdies," he said.

"The wind blew the whole time today compared to yesterday so it was just a matter of taking your time in picking different lines off the tee and things like that."

The leading group of Lee, Mullaney and Marchesani will begin the third round on Thursday at 9.40am local time.