The Asian Development Bank is to provide a $US2 million grant to help the Marshall Islands increase its renewable electricity generation. 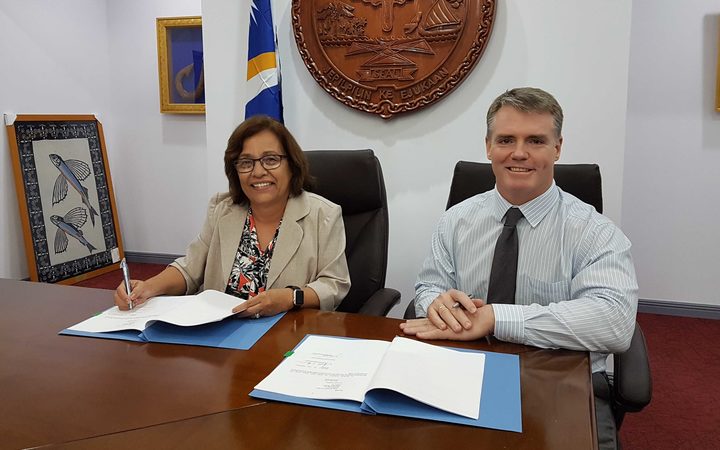 The agreement for the grant, which is aimed at reducing the Marshalls' consumption of fossil fuels, was signed by its President Hilda Heine this morning in the capital Majuro.

According to the bank, the Majuro Power Network Strengthening Project will support the country's renewable energy goal of achieving 20 pre cent renewable electricity generation by 2020.

Currently, diesel generation accounts for about 98 per cent of annual power generation in Majuro.

Similar projects are being funded by the bank in the Cook Islands, the Federated States of Micronesia, Kiribati, Nauru, Palau, Samoa, Solomon Islands, Tonga, Tuvalu, and Vanuatu.