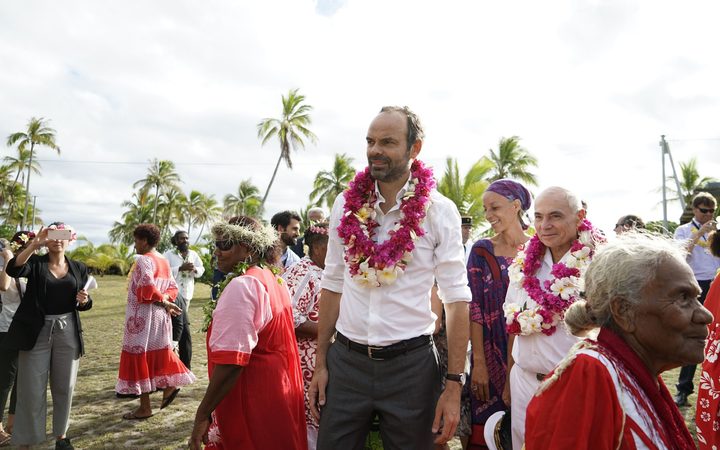 French Prime Minister Edouard Philippe reacts after receiving a flower neklace during a welcoming ceremony at the Tiga chiefdom, on Tiga island, in the archipelago of the Loyalty Islands, during their visit to the French overseas territory of New Caledonia on December 3, 2017. / AFP PHOTO / Fred Payet Photo: AFP or licensors

The French prime minister Edouard Philippe has called on New Caledonian politicians to advance preparations for next year's independence referendum.

Speaking in Noumea, Mr Philippe encouraged New Caledonia's Congress to set a date for the plebiscite before May to avoid the French government making the choice.

He also urged local politicians to formulate the referendum question which under the terms of the Noumea Accord is to pave the way for possible full sovereignty.

Mr Philippe is on a four-day official visit which follows last month's meeting in Paris with the signatories to the Noumea Accord when agreement was reached on who will be eligible to be on the restricted referendum roll.

He has also called for an intense debate about what unites and divides New Caledonians and to think about what will happen once the referendum is over.

Mr Philippe says this will lead to another signatories' meeting by March.

The French prime minister has had a comprehensive agenda of talks across New Caledonia where he is being accompanied by the French justice minister and the overseas minister. 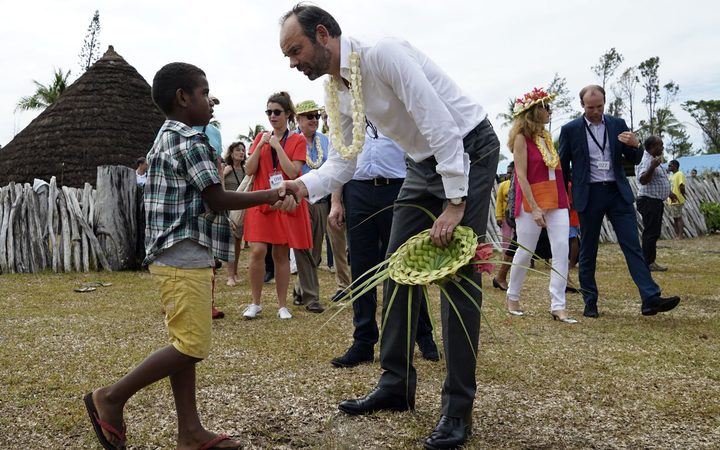 French Prime Minister Edouard Philippe (R), shakes hands with a child during welcoming ceremony at the Grande Case in the district of Wetr, in Hnatalo, on the Lifou Island, on the archipelago of the Loyalty Islands, during his visit to the French overseas territory of New Caledonia on December 3, 2017. / AFP PHOTO / Fred Payet Photo: AFP or licensors