After years of planning, the on-field competition finally gets underway at the Pacific Mini Games in Vanuatu today.

Men's football is the first of 14 sports to kick off in Port Vila. 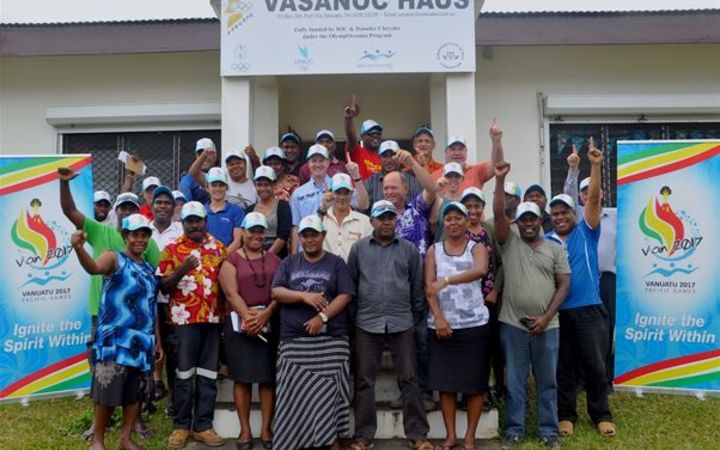 Attendees at the meeting about the 2017 Pacific Mini Games in Port Vila. Photo: Supplied

Fiji are first up against Tuvalu at midday local time followed by Tonga versus Solomon Islands and New Caledonia against the host nation.

Van2017 CEO Clint Flood said a late rejig was made to the draw following Tahiti's decision to boycott the Games.

"The tournament basically follows a format where the gold medal will be won by the total number of points by the team at the end."

"Every time they play they will have all six teams in competition. It's a four team tournament for the women's - unfortunately PNG is not coming (in both men's and women's) but there's still strong competition: obviously Fiji, New Caledonia, Solomons are here in the women's and the men's have got those same teams plus Tuvalu and Tonga," he said.

Athletes and officials have been arriving in Port Vila throughout the week, with about 1800 involved over the next fortnight.

Mr Flood said now it was time for the Organising Committee to put all the things they've been planning for the past year into practice.

"So it's getting our transportation system up and going, it's making sure our medical system is in place, the catering, all our volunteers checking in," he said.

"This morning (Thursday) we had our first Chef de Missions meeting, which is where, as the Organising Committee, we brief the teams in terms of all the logistics of the Games: how are the villages going, are there cars operating, all those sort of things. It's now down to the details of handing out vehicles and making sure people have got accreditation and tickets and all those sort of things."

Vanuatu was awarded hosting rights to the Mini Games in September 2011 and, nearly three years on from Cyclone Pam, Clint Flood said the nation is ready.

"It has been six long years and there's been lots of things - some political challenges and of course Cyclone Pam - but this nation has persevered and I think they will put on a great Games. The volunteers are out in force, this is a friendly place, as people know," he said.

"The smiles are out there and we will be welcoming both the athletes and the thousands of spectators. We've got weather to contend with...we're moving into the wet season here. Those are challenges we can't control but regardless of rain or shine I'm positive the country's ready to put on and host a great Games."

The official welcome for competing countries will take place on Sunday. 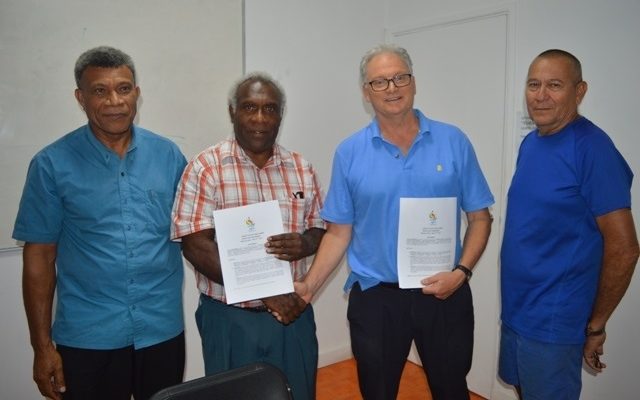