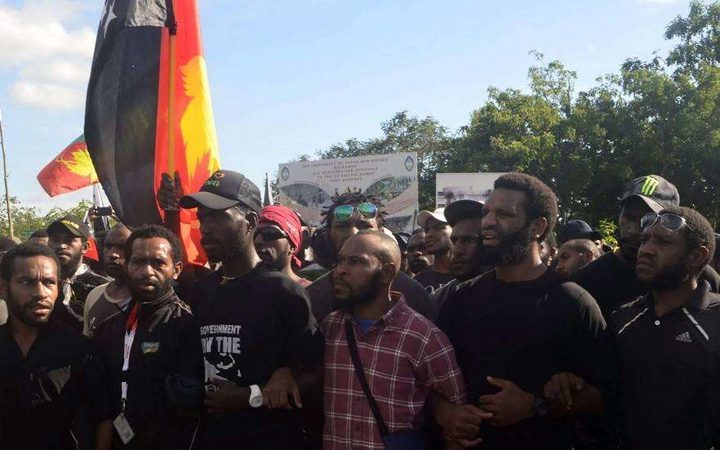 Papua New Guinea police were called in on Friday to resolve a standoff between security contractors who had blockaded a Mt Hagen hotel.

The security company, G4S, had lost the contract to provide security for the Highlander Hotel, and dozens of staff who had lost their jobs had set up a roadblock early in the morning.

The Western Highlands police commander, Martin Lakari, said hotel guests were trapped inside for most of the day as the G4S guards stopped workers from the new contract, Black Swan, from entering.

Mr Lakari said the police were called and the standoff was finally resolved on Friday afternoon.

He said there were no arrests or property damage.