The French High Commissioner in New Caledonia Thierry Lataste has confirmed that fuel was spilled when the stranded container ship Kea Trader broke up on a reef about 100 kilometres off Mare last month. 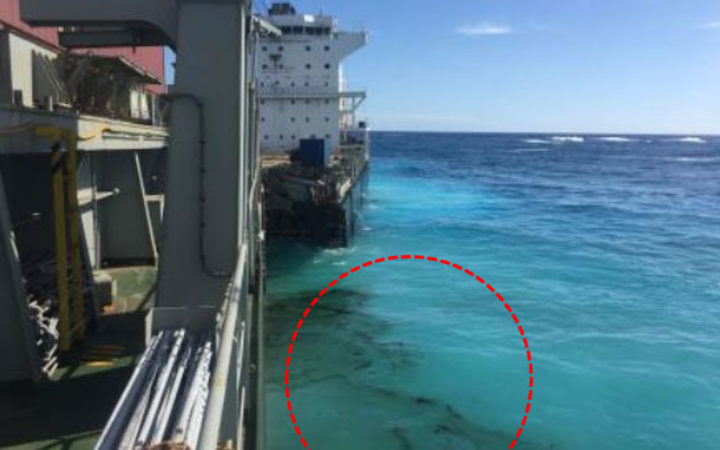 The Kea Trader has been leaking oil Photo: Supplied

Globules of oil have been washing ashore along New Caledonia's eastern coasts, prompting authorities to issue a marine pollution alert.

Although test results are not in yet, Mr Lataste said the ship owners have assumed responsibility and will pay for the clean-up effort now underway.

He said when the ship ran onto Durand Reef in July, it carried 752 tonnes of fuel - most of which was pumped out in the hope of being able to refloat the ship.

He said four tonnes are still in the wrecked ship and cannot be pumped out.

In recent days small globules have washed ashore in Lifou, Ouvea and in both Yate and Houailou on the main island's east coast.

The public has been advised not to touch the substance but to call police.

A fishing and swimming ban has been declared in affected areas, and in parts of Lifou island there were also reports of dead fish and snakes being washed ashore.