Samoa faces a daunting start to the men's World Sevens Series, which kicks off a new campaign tonight in Dubai.

The Manu ranked 13th last season, and only managed to make the Cup quarter finals once in ten tournaments.

Coach Sir Gordon Tietjens believes a top eight finish is achievable this time around but nothing can be taken for granted.

"To do well in a World Series you've got to get off to a good start so we certainly have got a very very tough pool - probably the pool of death really if you look at all the pools. It's New Zealand first up, which is going to be a toughie, and USA and Argentina so no easy games looking ahead," he said.

"There's no givens and you've got to get out and perform in every game. I've always said to win tournaments you've got to play six finals and that's what it's all about now and you start with your very first final on day one. You can't look too far ahead these days and you respect every team that you play."

Tietjens was unable to coach Samoa at last year's Dubai tournament, because he was still under contract with New Zealand, but feels a lot of progress had been made in the past 9 to 12 months.

"Obviously last year I inherited lots of players and I've actually gone out and sort of looked for a lot of newer players to add competition to spots in the side and looking to create and build depth and hopefully I've done that to a certain extent.

We've been to two tournaments already - I took two different sides and they both acquitted themselves very very well - and out of both of those teams - one for the Oceania tournament and one for the Silicon competition we had in the States - I basically halved it up and I've got eight from one side and six from the other team so they're really pushing for spots." 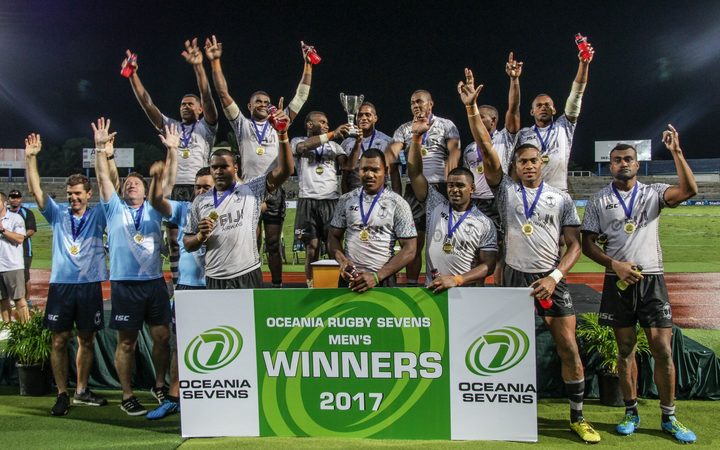 Fiji beat the Blitz Boks at a preseason tournament in October but coach Gareth Baber said recently they were a difficult team to gauge in between campaigns.

"I know they do things very much domestically and a lot of teams come in to compete against them in South Africa as well, which is a good benefit for them...the Oceania tournament was on live stream so people get to see that and Silicon Valley was as well, as was the Germany tournament, so what we can pick up from our analysts is very beneficial to us but essentially I've got to get what we're getting right here."

"The more I concentrate on that I keep the focus of the players, it's very much a Fijian way: worry about yourselves and get out and do your job so that's what I'll be looking for them to do."

Sir Gordon Tietjens expects a familiar trio to be contending for the overall title.

"You must look at the South African team - I mean they've brought a very very experienced team I think averaging 37 tournaments per player, which is obviously a massive amount of experience."

"New Zealand have named a very very good strong side so their challenge is getting up and producing consistent performances...but never move away from Fiji: I've always rated them as the team that's got more depth in the world than any other side and they won the Oceania Sevens two weeks ago...so they'll be one of the favourites no doubt."

Fiji face Russia first up in Dubai followed by pool games against Wales and Australia. 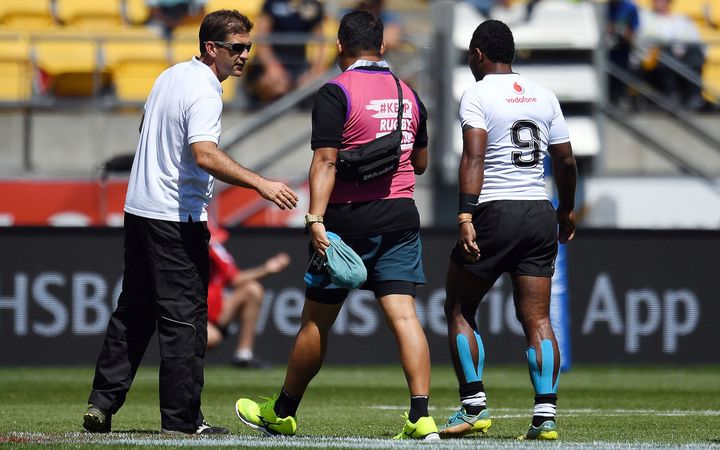 Gareth Baber, (left), made his debut as Fiji coach at the 2017 Wellington Sevens Photo: Photosport