Traditional Samoan tattooing was a star attraction at a festival in New Zealand over the weekend. 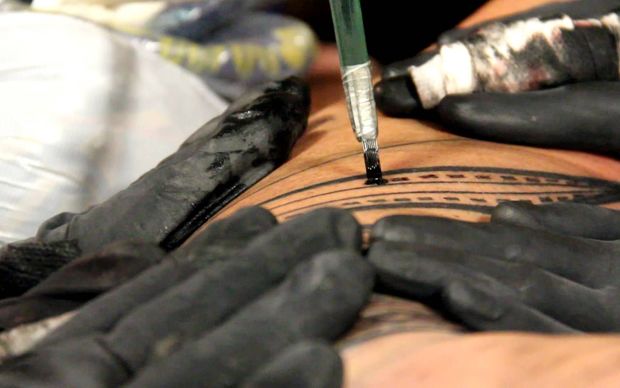 Tatau, the practice of hand-tapping ink into the body, was on show at the New Zealand Tattoo and Art Festival.

Tattooist Su'a Fuiavailili Lawrence Ah Ching returned from England for the festival where he demonstrated the traditional practice.

Su'a said conventions are an opportunity for him to share an element of his Samoan culture.

"We are tattooing in the world of tattooing, internationally. For me it's sort of like sharing cultures. That's what we've been doing in Europe and around the globe as well," he said.

Su'a said single-use needles are used for demonstrations like the one in Taranaki, replacing the traditional 'au' which are carved from bone.

Around 8000 people attended the event in New Plymouth.