The Cook Islands put themselves firmly on the international rugby league map after a try in the dying seconds completed a stunning 22-16 upset victory over England at the Women's World Cup.

The Moana opened the scoring in Sydney in just the second minute and led 16-0 at halftime off the back of tries to Beniamina Koiatu, Katelyn Arona and Cecelia Strickland. 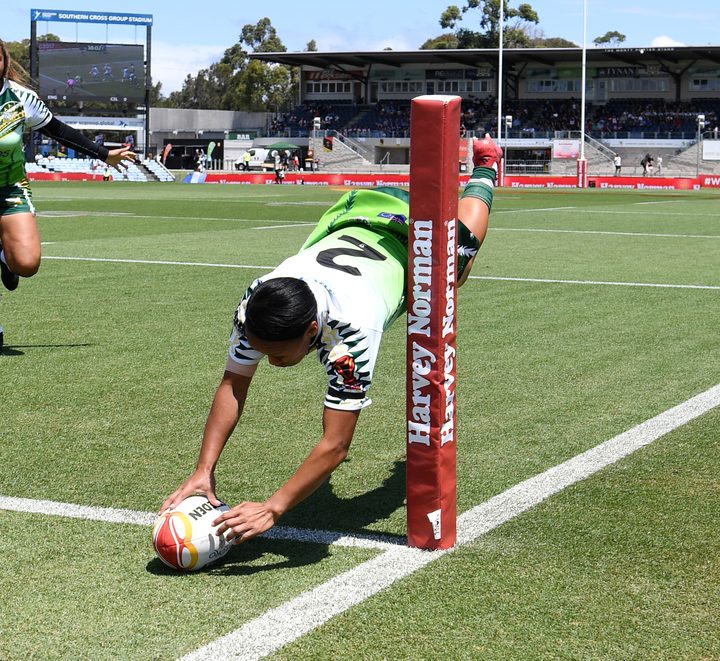 England rallied in the second spell and drew level at 16-all with a try in the corner with just over four minutes remaining.

With a draw seemingly on the cards in the final minute, the Cook Islands went the length of the field in their final set, breaching the English defence down the right hand side, before Te Amohaere Ngata-Aerengamate crashed over with 42 seconds left on the clock to complete a famous victory. 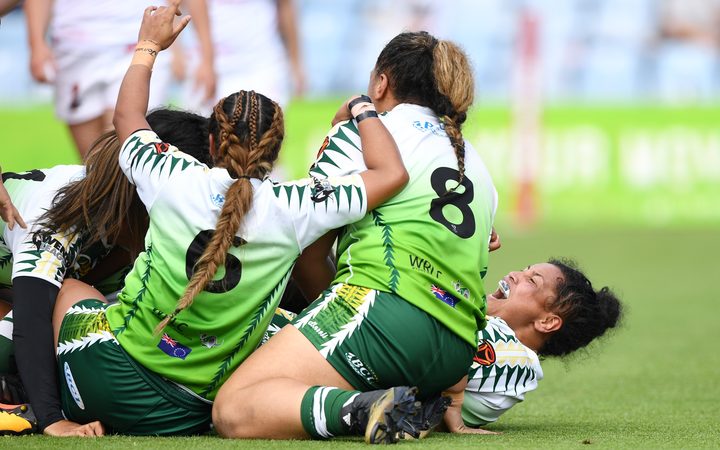 Coach Ian Bourke admitted to plenty of nerves in the dying moments but said the result was "meant to be".

"It was a bit nail-biting there at the end and we knew they were going to come back at us but right at the death they just kept turning up for each other," he said.

"One of our mantras was team first, never give up and it was all about family and I'm pretty sure they dug deep within and trusted each other and the result speaks for itself."

"We knew that England were a bit vulnerable: they weren't playing to their potential and they had a lot of expectations and pressure on them but not in my wildest dreams did I expect that result.

"I knew that the girls had it in them just to pressure them and improve but the resilience and the resolve and the character and the motivation and the inspiration that they showed, it will never be forgotten with myself. It was outstanding, just so impressive." 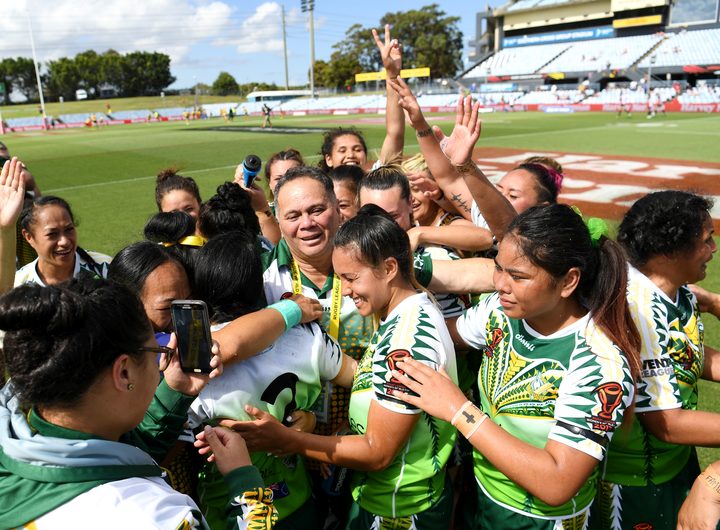 Centre Chantelle Schofield said even the players never expected they could pull off such an upset.

"It's just magical and I think we're all still trying to get over the hype that we actually beat the third world's best," she said post match.

"It was just full of emotions the whole game - a lot of drive and everyone just pushing to do the best they can and fighting for that win. We didn't just want to do good, we wanted to be better.

"We had a lot of doubts ourselves as well - a lot of people saying that we couldn't do it, just because after the first two games, but I don't think everyone realises Australia and New Zealand are the top two sides in the world and have been playing for years.

"Whereas we have just started our little camp together within this week."

"It means a lot, especially to our families, our own nations as well - putting all 15 islands on the map. Being on the world stage now, not many Pacific Islands can do that, especially a small one like ours so we're pretty proud. To say that we beat the third best team in the world is pretty huge." 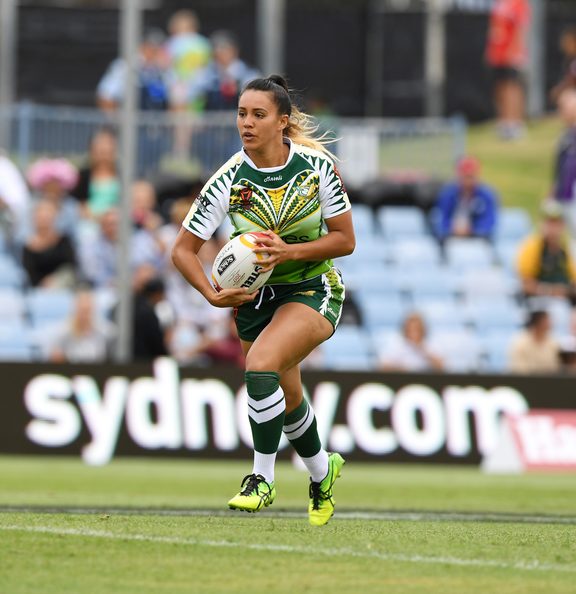 Ian Bourke said scoring an early try was key in boosting the players' confidence, after heavy defeats against Australia and New Zealand.

"We just knew that we had enough skill and we had enough ability but we just needed to keep the faith and less complex than the other top nations. The girls have done that but their defence was faultless today."

Chantelle Schofield said a number of their players had to sacrifice their jobs, study and family life to be a part of the World Cup which made the victory all the more satisyfing.

"We had a little team talk together yesterday and just everyone telling their circumstances - our mothers having to miss out on a lot of their kids' things such as first day of daycare or their kids' presentations and it's just amazing what women can do."

Despite both teams finishing with one win and two losses from the pool stage, England still progress to the semi finals because of a superior points differential.

Ian Bourke backed his side to beat Canada or Papua New Guinea, who featured in the other group, but believed the team's performances could be the start of something special for Cook Islands Rugby League.

"But now we need to make sure that that's not a one-off - it needs to be long term, we need to be looking forward to the future and getting these girls in front of the best nations as possible and having more tests."

Meanwhile Papua New Guinea finished winless at their maiden World Cup after a 38-0 defeat by New Zealand in their final pool match.

The Orchids, who were beaten by England and Canada in their earlier matches, only trailed 8-0 at half-time.

"The game itself is going to grow and it's not only for the boys now, it's for our women and our young girls.

If everyone knew what these girls have come from, just in the short period of time, I think they kind of understand the commitment they've put in.

"Most of them are young mothers and that's why we're so proud of them - just that short period of time and the amount of hard work they've put it and the change in their game and their personalities and their commitment." 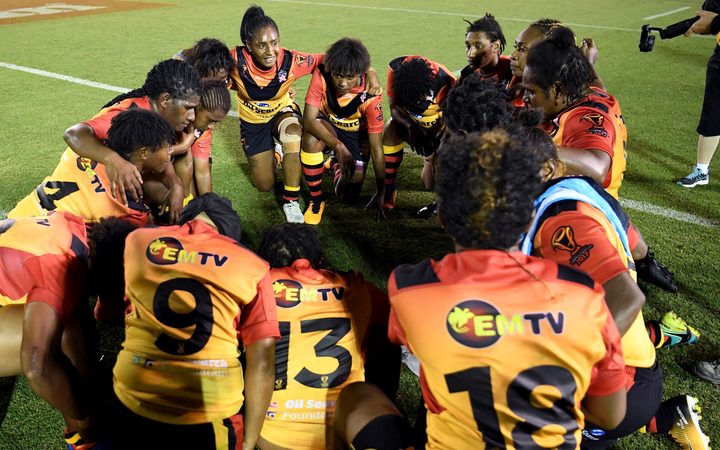