Two Cook Islands women whose home was burnt to the ground in an arson attack say they were incredibly lucky to escape. 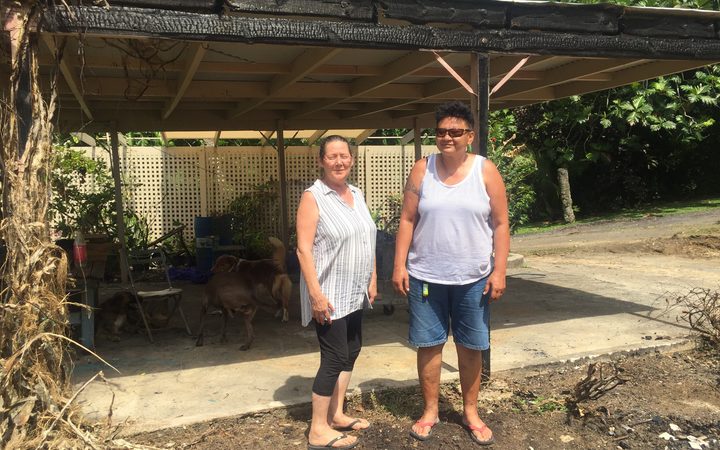 Tina Daly at left and Moana Matapo and the fire damaged car port — all that was left after a fire destroyed their home and contents. Photo: Flo Syme-Buchanan

They are warning Rarotonga home owners to be vigilant.

Tina Daly said the flames only took moments to completely engulf their house which Crash Fire Services ruled was intentionally set alight while the women were at home sleeping.

It's being speculated that this fire was the work of the same serial arsonist who has been responsible for destroying several businesses, homes and schools over a five year period.

Ms Daly said they were still waiting to be interviewed by police and to be told that an investigation is underway to try and catch the arsonist.