New Caledonia's criminal court has sentenced four men to jail terms for transporting 1.4 tonnes of cocaine on a yacht from South America.

The four men from Latvia and Lithuania were intercepted by the French navy off Tonga in July.

The skipper was jailed for seven years and the three others for six years.

The defence asked for their acquittal.

They said they didn't know about the drugs, claiming they were paid just over $US2,000 a month for sailing the yacht for refurbishment in Australia.

According to the Nouvelles Caledoniennes, one of the convicts is an 18 year-old who was encouraged by his father to take the job in order to be able to go abroad for the first time.

Another defendant reportedly told the court that he was sent to Peru to repair a boat engine and ended up being a drug runner.

Another one said when the French navy vessel arrived, they thought they were to be assisted after days of stormy weather.

According to the newspaper, it's unclear who is behind the drug smuggling ring although there is suspicion it may have links to Hells Angels in Canada.

The drug consignment, which was worth more than $US100 million, was burnt under tight security in the furnace of the SLN nickel smelter in Noumea. 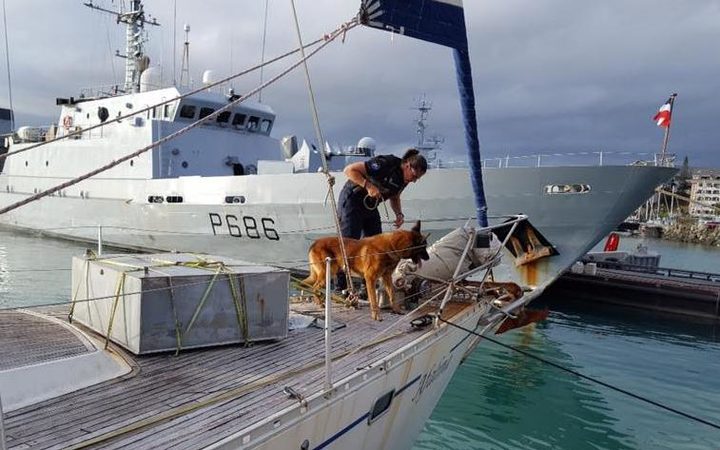