Reports from French Polynesia say earthworks for the huge Mahana Beach project appear to have been done illegally. 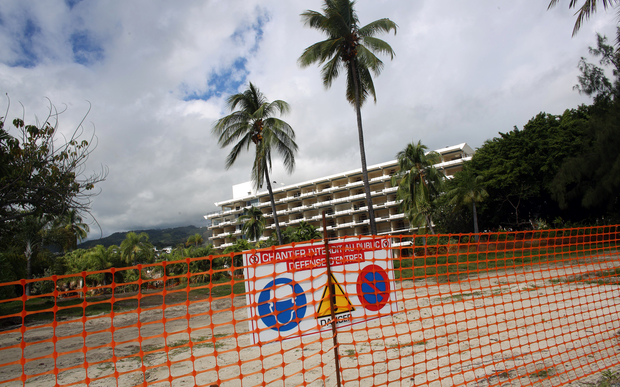 The planned construction site of the tourism complex "Mahana Beach", with the derelict Sofitel Hotel in the background. Photo: AFP

The administrative court has asked the local government to clarify its actions between 2013 and 2015 following a complaint from a nearby hotel.

The $US2 billion Mahana Beach project was launched in 2013 and described as the biggest resort development in all of France.

Radio 1 said the complaint alleged that work was started before a permit had been issued, polluting the lagoon.

Earlier this year, it was revealed the forced sale of a piece of land for the project had been against the law.

The agency acting on behalf of the government lacked the proper authority but the decision was of little consequence because the deadline for landowners to challenge the expropriation had passed.

The Mahana Beach project has been scaled back and renamed the Tahitian Village.