All Fijians will have access to electricity by 2021 and clean and safe drinking water by 2031 under the Fiji government's new development plan. 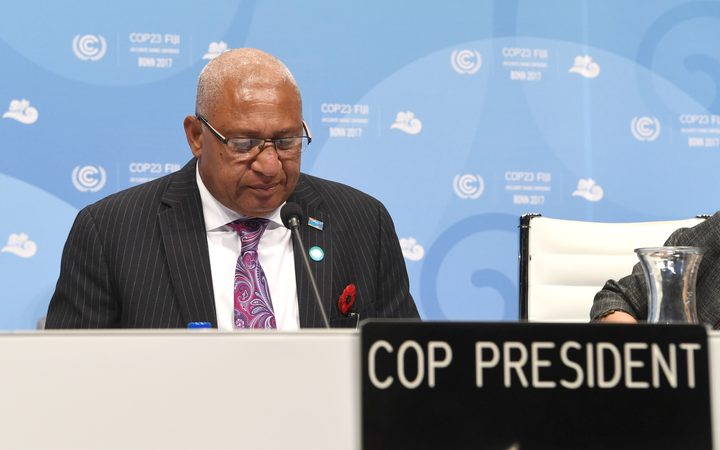 He said it was launched at the COP23 summit because global warming and the threat of climate change helped define Fiji's priorities.

"Adaptation, resilience and mitigation are not just a part of our development plans, they form the very core," he said.

Just over three quarters of the population have access to safe drinking water at present and that is to reach 92 percent in five years.

Mr Bainimarama said three major hydro projects were planned on Fiji's largest island and the target was for Fiji to have almost 100 percent renewable energy by 2030.

He says the 20-year plan envisages unemployment at less than 4 percent, extreme poverty eliminated, and less than one in ten Fijians living below the poverty line.

Mereseini Vuniwaqa has told a side meeting at the COP23 conference that bamboo could be used for cyclone proof construction, soil conservation and coastal protection, business development, bioenergy, and carbon sequestration.

She said bamboo could be a very important tool for the empowerment of women, children and the rural poor, as they adapt to climate change and the fast-growing grass plant was extremely useful.

She urged more island states in the Pacific to join the International Bamboo and Rattan Organisation and explore the benefits of bamboo.