A win or draw against Scotland in Cairns tonight would be enough for Toa Samoa to squeak into the quarter finals as the third-ranked team in Group B.

The fifth-ranked Samoans were guilty of basic errors against both New Zealand and Tonga.

Captain for the day Sam Tagataese said they need to execute when they have possession.

"That's where we struggled in the last two games was our completions and if we complete (our sets) well and have equal share of the ball I reckon we can beat any side that we play but I guess the focus for us this week is just to complete well and just play some exciting footy," he said.

Scotland have conceded more points than any other team at the World Cup and their tournament hasn't fared much better of the pitch, with three players sent home earlier in the week after being too drunk to board a flight.

But Sam Tagataese said Samoa can not afford to take anything for granted.

"I think for us it's complacency and if we take them very lightly I guess they have the strikepower in the backs to upset us and I guess we can't get comfortable," he said.

"We have to play the footy that we know we can play and just play to the best and hopefully provide us with a platform. Hopefully, if we do well it, it will set us up for next week." 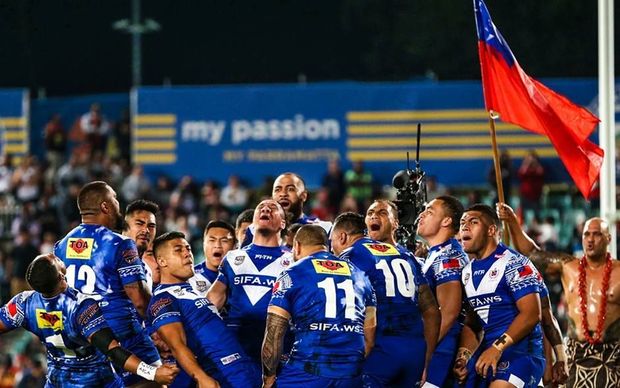 Meanwhile Papua New Guinea are looking to complete a clean-sweep of their pool matches when they host the United States in Port Moresby tomorrow.

After piling on the points against Wales the Kumuls found the going much tougher last weekend before grinding out a 14-6 victory over Ireland, which all but assured them of a place in the knockout rounds.

With the Irish expected to be too strong for their Celtic neighbours, Michael Marum's side need to beat the Hawks to ensure they finish atop Group C.

"We've been really privileged to come play our three games up here. I know these boys have been really good, they've been part of it and that's going to go down in history so we look forward to a good performance out there on Sunday and to go round the field and say thank you to all the fans that have turned up in the past three games."

Tomorrow's clash will be one to remember for Lachlan Lam, who will make his Kumuls test debut at five-eighth.

The son of former PNG player and coach Adrian Lam replaces vice captain Ase Boas, while Michael Marum has also given a start to Moses Meninga and James Segeyaro in the front row.

"I know these boys have been waiting too long to go and play so they've been training really hard for the past month...they're all looking forward to the match this weekend and I think we spoke about everyone playing before finals and that's just what we're trying to do."

Wins for Samoa and PNG will set up probable quarter final clashes against Australia and England. 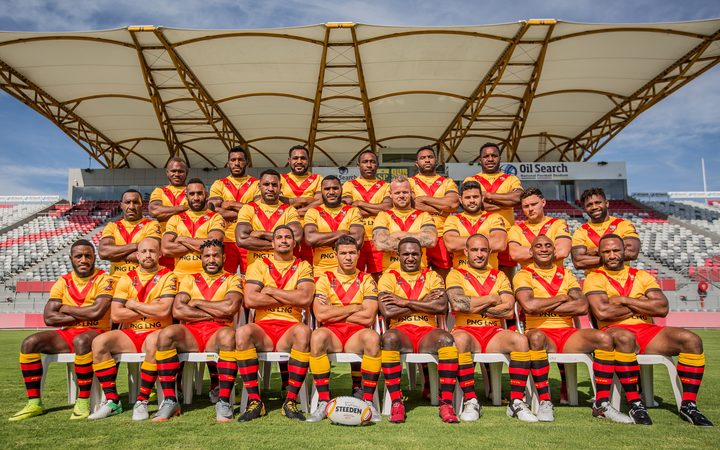