Refugees detained on Papua New Guinea's Manus Island say they are not surprised by the PNG Supreme Court's decision not to order the restoration of vital services to the detention centre. 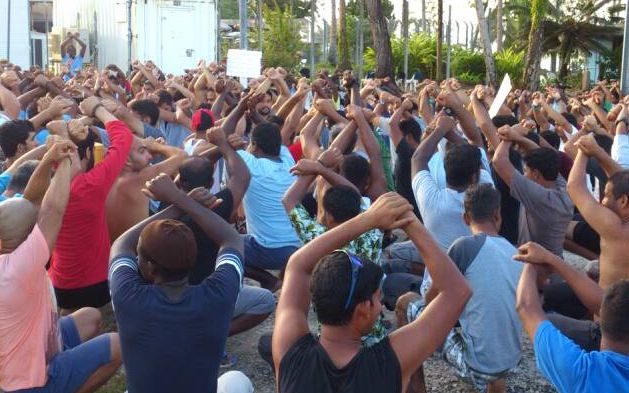 About 600 refugees are refusing to leave the centre after food, water and power were cut last week when the facility was officially closed.

The refugees are resisting pressure to move to other buildings in the island's main town, Lorengau.

The Kurdish journalist and refugee Behrouz Boochani said the detainees were accustomed to being deprived of justice.

"We the refugees in Manus are outside of law and justice. There is no justice for the refugees and we are used to the court decision going against us. It is so frustrating when Australia is obviously violating human rights in Manus prison camp," he said.

"While the Australian and PNG judicial systems are not able to provide justice for us, I am asking international courts to take action." 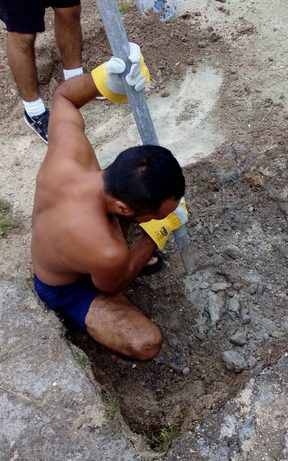 A Manus Island refugee digging another well in the detention centre. Photo: supplied

"It is not really a big deal because in the first place we did not have any hope on PNG courts... because of two reasons. Reason number one, we believe the jurisdiction of PNG is not really independent because Australia is involving in their jurisdiction. Two, we know that Australia now are politicising our case, so every time we go to court they are trying to put pressure on PNG authority and then they are turning all the decisions of the court against us," he said.

"Our message is clear to the rest of the world, we are determined to stay in here."

A lawyer representing the men, Ben Lomai, said the court rejected his application to stop the PNG government from transferring the refugees from the detention centre at Lombrum to Lorengau.

"The court also refused to grant orders to restore essential services back to Lombrum and as well the court refused to restrain the Papua New Guinea Defence Force from possibly removing the detainees on Lombrum," he said.

The court said essential services were available in Lorengau and that the PNG government now had responsibility for the refugees.

Sympathetic locals had been providing food for the refugees, at one stage bringing supplies by boat from Lorengau. But the PNG Navy set up a blockade of the centre preventing civilians from entering.

The MP for Manus province and speaker of the PNG parliament Job Pomat told the ABC the locals should be giving food to the men.

When he was asked why the navy was blocking them, Mr Pomat said he thought Australia was pulling strings with PNG officers. 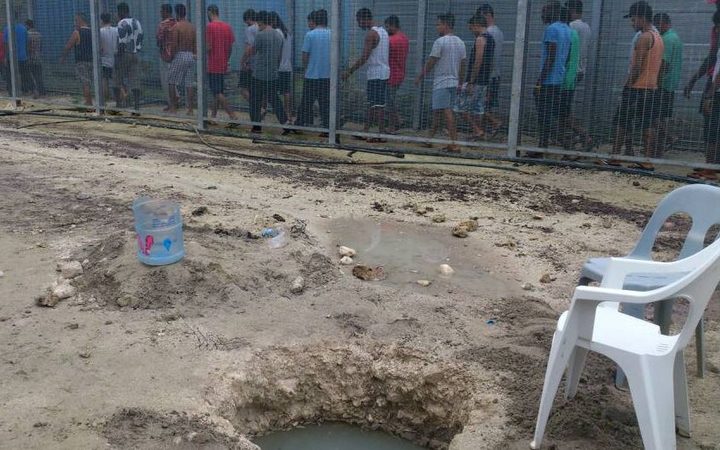 Manus Island refugees and one of their wells. Photo: supplied

Meanwhile, the refugees reacted angrily to suggestions from the PNG immigration minister Petrus Thomas that a group of them are coercing others to stay.

"It is apparent to me that there are a small number of persons within the decommissioned centre who exert considerable influence over the others for their own selfish motivations," said Mr Thomas.

"Anyone using threats and intimidation will be held responsible for anything that happens to residents willing to move."

But a refugee known as Naji, said some people had left the centre and the others did not try to stop them.

"They are the ones making crimes against humanity," he said. "We decided to stand up this time and we are not going to move to anywhere else in this country that you brought us in against our will."