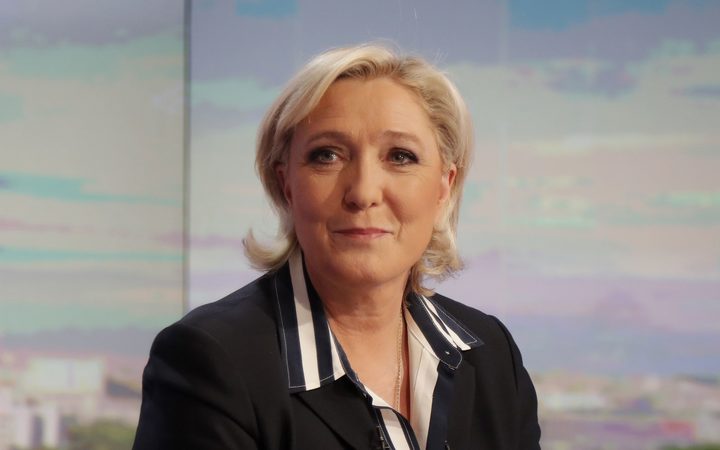 Marine Le Pen is an open of New Caledonian independence. She says her party should be represented on a parliamentary commission. Photo: AFP

The leader of France's National Front Marine Le Pen has restated that she is against New Caledonia becoming independent.

Marine Le Pen's comment came just days after the French government and New Caledonian leaders agreed on the make-up of the electoral roll for next year's planned independence referendum.

Ms Le Pen also said her party came first in New Caledonia and yet it is not represented in the parliamentary commission dealing with New Caledonia.

Last month, the French National Assembly formed a team to go to New Caledonia which will be led by a former prime minister Manuel Valls.

The National Front in Noumea said given Marine Le Pen's score in the presidential election, the party's Louis Aliot should have been included.

In the election in May, she achieved her best result outside mainland France winning 47 percent of the vote while Emmanuel Macron won 53 percent.