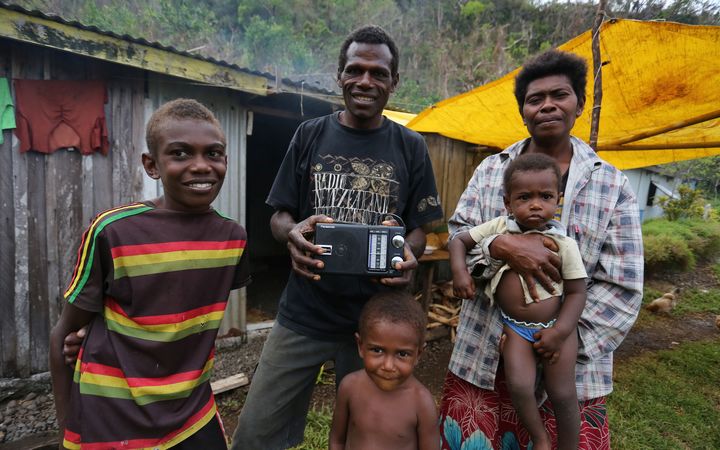 Chief Ben Lovo and his family of Bongkil Village on Erromango, Vanuatu. He says shortwave broadcasts from RNZI during Cyclone Pam allowed him to warn four villages and save hundreds of lives Photo: RNZI/Koroi Hawkins

Minister for Pacific Peoples Aupito William Sio said he was working closely with the minister of broadcasting to improve and broaden services.

Aupito said he was waiting to hear from ministry officials about how New Zealand's offering can be enhanced.

"I'm going to be providing some advice to the minister of broadcasting about how we deliver that but it's about our Pasifika communities here in Aotearoa New Zealand being able to tell our stories by our own people in our own language and it's also about us connecting with what's happening in this region."

Aupito said New Zealand's special relationship with the Pacific will be enhanced by improving the offering.

He said his ministry is committed to improving Pacific services from RNZ International and Television New Zealand.

He said he is optimistic that it may be something that can be done quickly.