Taiwan's president says she plans to thank three of Taiwan's Pacific island diplomatic allies for their support during her visit to the region this week.

#ShavedIce is a treat both Taiwanese & Hawaiians (including a past president) enjoy. I stopped at Waiola Shave Ice to try it out! pic.twitter.com/f9fYQx0u6v

She plans to be in Tuvalu on Wednesday morning followed by Solomon Islands. 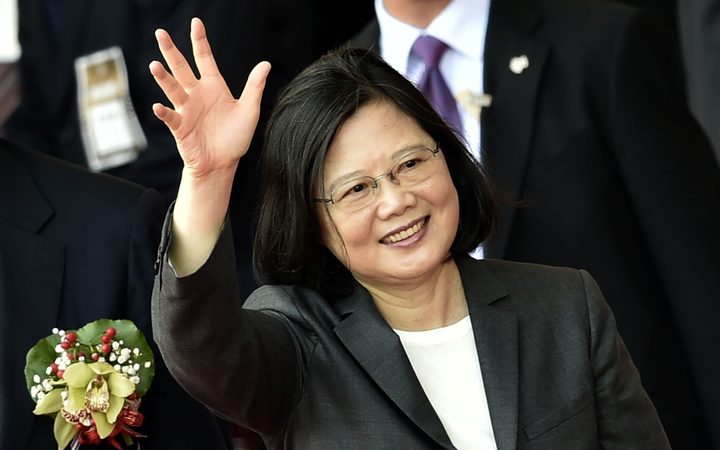 In a tweet, Ms Tsai said she planned to thank the countries which are among Taiwan's six allies in the region.

The other Pacific island states recognise the People's Republic of China under the one-China policy.

The Taiwanese president said she would discuss how Taiwan could work with the countries to achieve their Sustainable Development Goals.

The Taiwan News reported she has meetings scheduled with the Marshall Islands president Hilda Heine and the prime ministers of Tuvalu and Solomon Islands, Enele Sopoaga and Manasseh Sogavare.