He said communities needed to have zero tolerance towards violence against women.

Debate over domestic violence in PNG intensified this week following the death of a local journalist.

A burial planned for Tuesday for Rosalyn Albaniel-Evara was put on hold after claims emerged that she was a victim of violence, prompting an autopsy.

In his press statement, Mr O'Neill did not mention the case, but he said communities should do more to help victims rather than support perpetrators.

He said PNG had laws to prevent violence against women, but no government could stop the problem without the active support of communities.

"Community leaders are not truly leaders if they turn a blind eye to violence against women. Every human life matters and must be protected, and domestic violence is totally unacceptable," said Mr O'Neill.

He said that any community or church leader who had turned a blind eye to a case of violence against women had let their people down, and abandoned the Christian principles that PNG "holds dear". 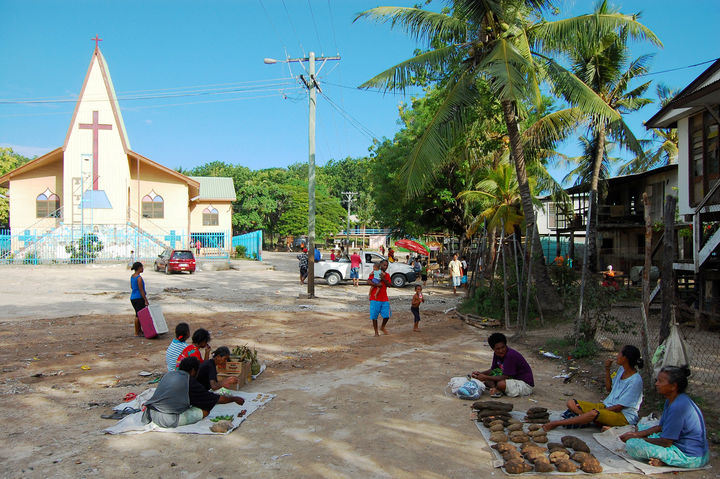 "A man is a coward if he thinks it is OK to hit a woman, these abusers would not have the courage to hit a man who was bigger than they are, but they hit a woman who is smaller," the Prime Minister said.

The Prime Minister further called on males in families to take a stand against any violence they see.

"I also appeal to the sons of our nation, if your Father beats your Mother you have to show that you are a man and stand up for your Mother.

"Your Mother gave you life, now you must protect her life and show gratitude for her commitment to you.

"The same goes for all the men in families, to brothers, uncles, and other male family members, do not turn a blind eye."

He said it would complement his government's "commitment of increased resources for police and courts to deal with violent men, as well as increased support for the victims of violence".