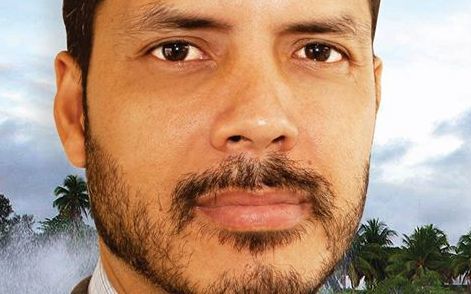 The new MP for Madang in Papua New Guinea plans to file court proceedings against the government for frustrating access to district funds for the opposition.

Bryan Kramer said the legal case, in relation to the District Service Improvement Programme funds, will be against prime minister Peter O'Neill and department heads.

Until last year, each MP was allowed up to 10 million kina annually.

However the government had significantly reduced this year's allocation to 1.2 million amidst a fiscal shortage.

But Mr Kramer said for years the government had delayed delivery of the funds to opposition MPs.

"So it's become a convention during Peter O'Neill's term of government where DSIP funds are always given preference to the government members, and the opposition gets it on a later part, and sometimes that can drag out."

"So they use it as a political carrot. I've formed a view, and I've sought advice, that it's actually unconstitutional," he said.

Bryan Kramer said he expects to launch the case in the next month.

Mr Kramer said it was well established how opposition MPs were disadvantaged regarding district funds, citing the recent defection of his party leader, Sam Basil, to the O'Neill-led coalition government last month as proof.

Mr Basil said the move by he and the majority of the Pangu Pati (not including Mr Kramer and three others) to join the government was about getting access to district funds, in the interests of their constituents.

Mr Kramer said he didn't agree with Mr Basil's position on this, given that Pangu's support in the recent election was towards removing the government of Mr O'Neill.

"So if you campaigned on a policy of the principle to fight corruption and fight the O'Neill government, then that's what you're supposed to stick to," he said.

"If people got elected on a different policy - to just go in, become a member of parliament and just do your part for your electorate - then that's fine. Every member took a position when they campaigned. Some are upholding their policies, and others are back-flipping on their policies."

Meanwhile, Mr Kramer said he had instigated internal audits of the expenditure of district funds over previous years in his electorate.

He said he was uncovering significant cases of corruption in the disbursal of public monies, particularly district funds.

According to the new MP, it reflected the problems borne of a combination of having unaccountable members of parliament and inefficient public service systems to implement the funds.

"I've actually uncovered in relation to Madang a considerable amount of funds that have been basically misused, mismanaged and misappropriated. So now the onus is on me to actually try and address that within the district level, and hopefully once it's gone through the district level we can go after them at the national."

Bryan Kramer said he intended to set up a transparent system where MPs upload expenditure details on to an online database for constituents to see.