New Caledonia finished their Under 17 Men's World Cup campaign on a high, claiming their first point at a FIFA tournament after a late equaliser earned a historic 1-1 draw against Japan at the weekend.

The French Territory went behind in Kolkata when Keito Nakamura scored his fourth goal of the tournament in the seventh minute and struck the post twice in the first half. 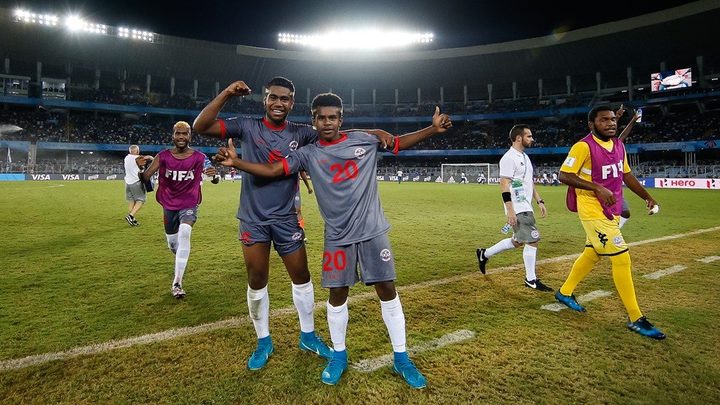 New Caledonia celebrate a famous draw against Japan at the Men's Under 17 World Cup. Photo: Twitter/FIFA

Goalkeeper Gaizka Ipeze also kept the Francophones in the match with a handful of acrobatic saves on his World Cup debut.

New Caledonia almost equalised in the 82nd minute when Vita Longue latched onto a long ball over the top but a finger-tip save was just enough to push his shot from the edge of box wide of the goal.

But from the resulting corner Jekob Jeno headed home at the back post to level the scores and secure a famous point for New Caledonia and Oceania football.