Customs officials in French Polynesia have seized more than seven kilogrammes of poached turtle meat during a check in the port of Papeete. 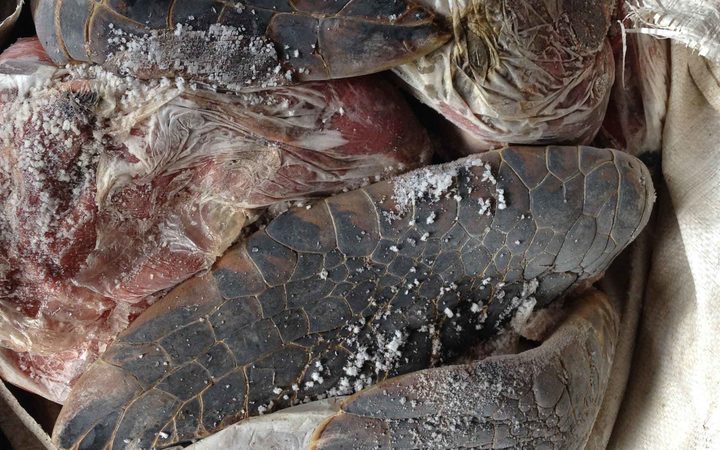 Local media reports said the meat was found in a vehicle of a man who during questioning admitted that it came from the island of Maiao, near Moorea.

A search of his home then led to the discovery of more than a hundred litres of illegally produced alcohol in what is the biggest such seizure in the territory.

The spirit was in new plastic bottles, which he reportedly sold for $US5 a litre in the neighbourhood.