There are reports activity in the town of Mendi in the Papua New Guinea Southern Highlands has been brought to a standstill by a rampaging mob. 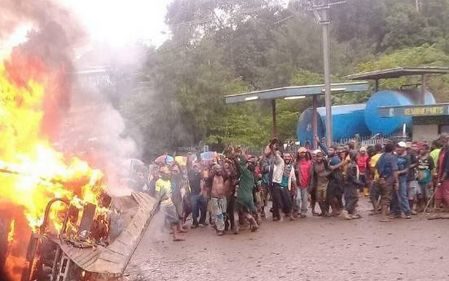 Journalist Melvin Levongo, who is currently in the Mendi area, said all the town's shops and the airport were closed for business, the local radio station had shut down and looters had stormed through the hospital, terrorising staff and patients.

Mr Levongo said it's understood a business belonging to the prime minister Peter O'Neill was burned down. Mr O'Neill is one of the province's MPs, and while he won the recent election in the Ialibu-Pangia seat, there were several bouts of violence between local groups linked with different candidates in his electorate.

Allegations that Mr O'Neill benefitted from ballot box rigging and electoral inconsistencies linger in pockets of Ialibu-Pangia, and the disaffection has spread to Mendi where unrest keeps breaking out.

Mr Levongo said there was a perception among locals that Mr O'Neill could have down more to ease the situation.

"But he didn't do that and it has been a couple of months now and as a result of that I believe they did target Mr O'Neill's property or Mr O'Neill's business."

It is a continuation of the unrest and violence that have plagued the province since the end of the June election and the long delayed count for the province's regional seat. 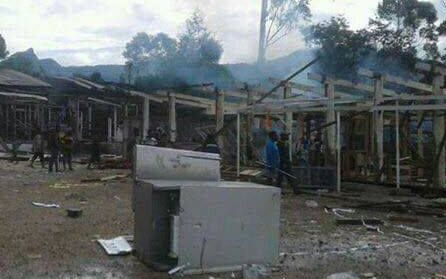 Papua New Guinea's town of Mendi is in a state of chaos after supporters of the main losing election candidate for the Southern Highlands regional seat went on a rampage and destroyed various offices. Photo: Melvin Levongo

However, people upset with his victory took up arms again at the weekend, resulting in the death of two policemen from Hela province.

"The supporters of one of the regional candidates, after coming back from Hagen, decided to conduct a roadblock which prevented the police from driving through it, and as a result of that they killed those two police officers," he explained.

"They did it because they're dissatisfied with the declaration of William Powi being the Governor, and it's all inter-related, it's the way they see politics."

According to Mr Levongo, there has already been a reprisal killing in response to the death of the two policemen, with a Southern Highlander killed in Tari.

Clive Yamini was a teacher at Tari Secondary School.