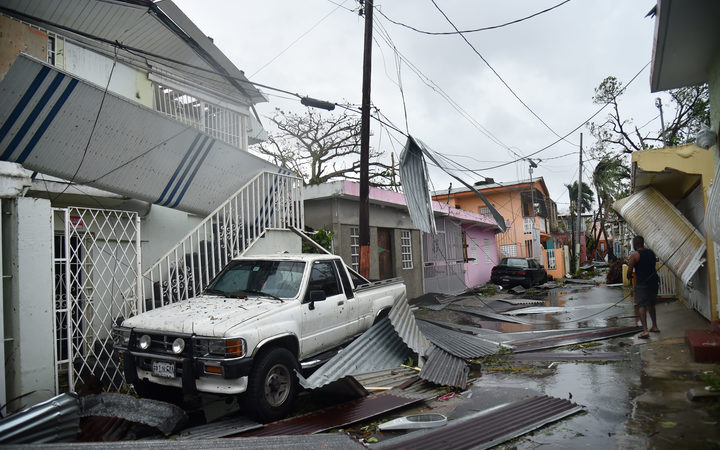 Residents of San Juan, Puerto Rico, deal with damages to their homes on September 20, 2017, as Hurricane Maria batters the island. Photo: AFP

Congresswoman Aumua Amata added her signature to a letter signed by top congressional leaders, led by delegates from Guam, the US Virgin Islands and Puerto Rico.

The US response to hurricanes devastating the Caribbean territories of Puerto Rico and the Virgin Islands has been heavily criticised in recent weeks, compared to the response in Texas.

The delegates are seeking a commitment from the US that any future disaster relief legislations will provide parity between the response for states and territories.

Additionally, they argue the federal government has a responsibility to the territories and it can't ignore the fact they lack the resources of the states.

They said the federal government routinely gave disparate treatment to the territories, denying millions of Americans equal access to federal programmes and funding.