Indonesia has denied allegations regarding West Papua made by Pacific leaders at the UN General Assembly in New York. 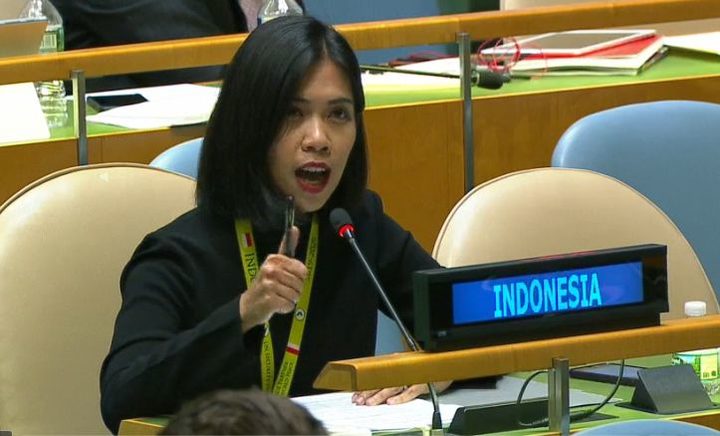 It has lashed out at the leaders of Solomon Islands and Vanuatu who called for an investigation into alleged killings, torture, abduction and human rights abuses against indigenous West Papuans by Indonesian security forces.

Earlier in the Assembly's annual session, Vanuatu's prime minister Charlot Salwai accused world leaders of turning a deaf ear to more than half a century of atrocities committed by Indonesia on West Papuans.

"We also call on our counterparts throughout the world to support the legal right of West Papua to self-determination and to jointly with Indonesia put an end to all kinds of violence and find common ground to facilitate a process to make their own choice," said Mr Salwai.

His statements were echoed in a speech by Manasseh Sogavare of Solomon Islands.

In response, an Indonesian government spokeswoman told the assembly Indonesia categorically denied all allegations levelled against it regarding Papua region, known widely as West Papua.

Ainan Nuran, a Third Secretary at Indonesia's Permanent Mission in New York, said the Papuan provinces (Papua and West Papua) would always remain an integral part of Indonesia. She accused the Melanesian leaders of supporting separatism in a sovereign nation.

"These countries were foolishly deceived by individuals with separatist agendas to exploit the issue of human rights. If human rights are at the heart of the issue, why were these concerns not raised in the appropriate forum, namely the 3rd Cycle of the Periodic Review of Indonesia at the United Nations Human Rights Council."

According to the spokeswoman, Papua and West Papua had the fastest growing economies in all of Indonesia and that the indigenous West Papuans benefited greatly from the development occurring in their provinces.