Tuvalu is buying 5000 tonnes of rocks from Nauru as part of a coastal adaptation project to protect the country's newly reclaimed Queen Elizabeth II Park. 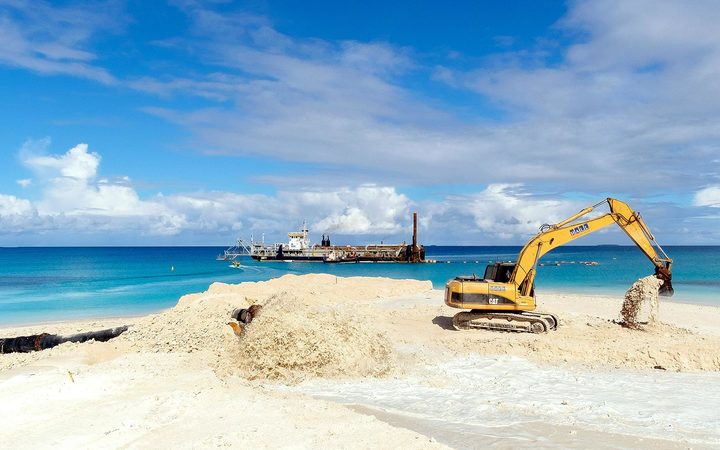 According to the Nauru government the park is being developed by Tuvalu as part of its preparation towards hosting the 2019 Pacific Islands Forum leaders meeting.

It said a landing craft from Vanuatu will come to Nauru to load and transport the boulders to Tuvalu.

The exact details of the transaction were not disclosed but it is understood Tuvalu made the purchase through the Green Climate Fund.

The signing took place on the margins of the Forum Leaders Summit in Apia.

The Forum secretary general Dame Meg Taylor said the initiative was an example of what can be achieved through cooperation and partnership between smaller island states.