Papua New Guinea's Prime Minister says the recent general election was challenging but clearly demonstrated the strength of democracy at a flag raising ceremony to mark 42 years of independence.

Peter O'Neill made the remarks during a flag raising ceremony to mark 42 years of independence. 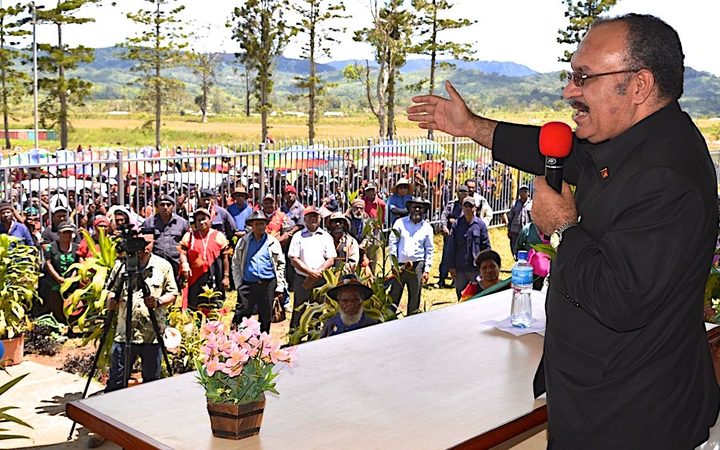 PNG Prime Minister, Peter O'Neill says their were positives that came from the election Photo: Supplied

The prime minister said while there had been some unfortunate incidents during the elections, mostly it has been a peaceful one with people delivering their votes and a government formed.

Election-related violence affected whole communities in the Highlands, according to some reports, with the capital of Enga province being the site of brutal fighting between supporters of rival candidates, leaving at least 21 people dead.

Counting in the Southern Highlands region seat is also continuing

Meanwhile, the Governor-General Sir Bob Dadae said the lowering of the Australian flag 42 years ago defined the moment of truth, freedom and democracy that held responsibilities.

He told the crowd the greatest challenge for the nation was reorganising their diversity against the backdrop of various tribal and ethnic groupings and customary land rights.

Hundreds of local residents wearing PNG colours attended and one minute of silence was observed in memory of the late Susan Karike who designed the national flag.