Concern over ocean pollution is likely to dominate a key meeting of the Secretariat of the Pacific Regional Environment Programme starting in Apia tomorrow.

The issue, in its many forms, was raised at both the Noumea and Waigani conference of the parties meetings last week. 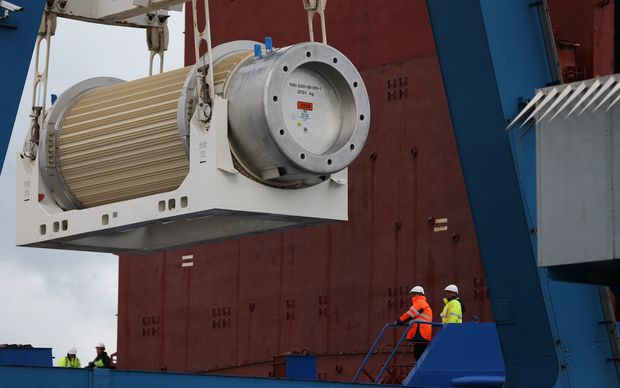 A transport storage cask for the return of high activity waste from reprocessing is loaded onto a ship Photo: AFP

The SPREP Director General, Kosi Latu, confirmed those concerns, saying the long standinag worry about the transportation of nuclear waste through the Pacific would be on the agenda at the 28th meeting of officials in Samoa.

"And it can get very political. But that has been a concern for a very, very long time."