The Vanuatu prime minister has called on all business operators in the country to work with the government to grow the business sector.

The Vanuatu Daily Post reports this appeal from Charlot Salwai came on his return from signing the regional PACER Plus trade agreement during the Forum summit in Samoa.

Mr Salwai was reacting to criticism of the move from the Vanuatu Chamber of Commerce and Industry. 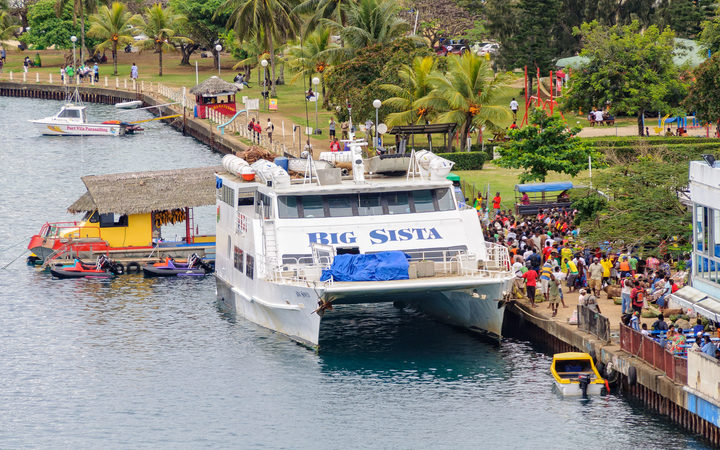 Big Sista, a 33m passenger vessel, has arrived on its weekly run from Luganville Santo to the harbour in front of the main market of Port Vila - Efate Island, Vanuatu, 21 September 2012 Photo: 123RF

The Chamber said Vanuatu already had a reputation as a difficult country to do business in and with the possibility of an income tax being brought in investors could choose to move to other Pacific countries.

But Mr Salwai said Vanuatu wants to provide opportunities for business to flourish and this could be achieved through PACER Plus.