Authorities in Vanuatu say four out of six volcanoes throughout the island group have increased recorded activity. 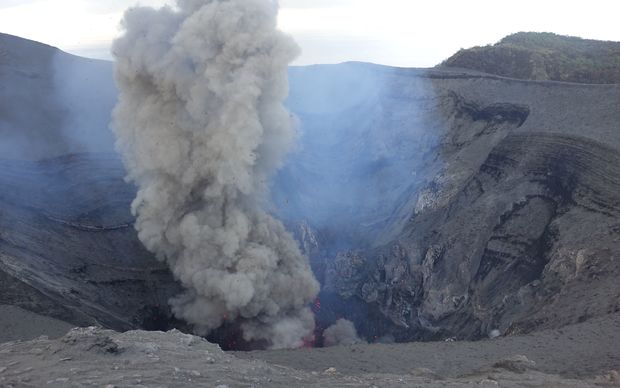 The constantly erupting crater of Mt Yasur, on the Vanuatu island of Tanna, pictured in 2016. Photo: RNZI / Jamie Tahana

The Vanuatu Meteorology and Geohazards Department is warning tourists and aviation centres of the drastic change in activity.

Meteorologist Esline Bule said the background noise and gas levels on the volcanic island of Ambrym were very significant.

"Already [on] Ambae there's a significant ash fall last weekend, in the western part. Ambrym, the volcanic ash is not manifested much yet in the villages. But there's things happening at the top in the crater."

Esline Bule said there were some restrictions on tourists, who must stay at least at least 3km away from the craters of both islands.

There had been minor eruptions at Mt Yasur, on the island of Tanna, which was known for being unstable, so it was classified as level two, indicating major unrest.

The service was also reviewing new data from the island of Lopevi and would notify the Volcanic Ash Advisory Centre in Wellington if the alert level was increased and new flight diversions were necessary.