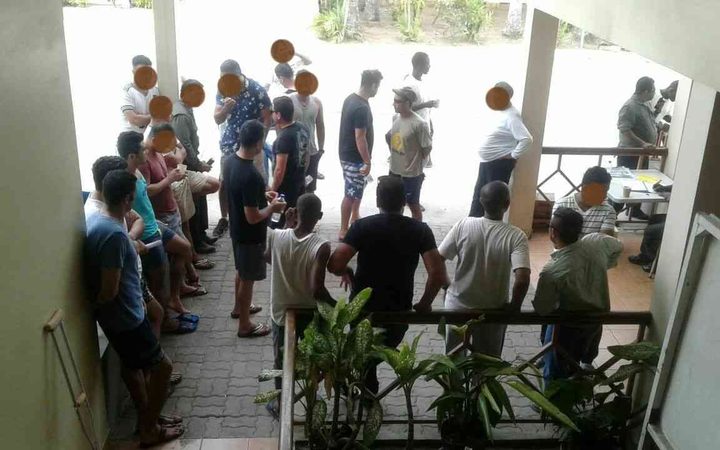 Manus refugees stage a protest outside motel of where they have been kept. Photo: Ian Rintoul

Ian Rintoul says the men demonstrated outside the motel where they are being held, against the latest move by the Australian government to cut them off services and support.

A notice put on the wall of the motel on Sunday announced that phone cards would no longer be available to the men moved there from the island last month. 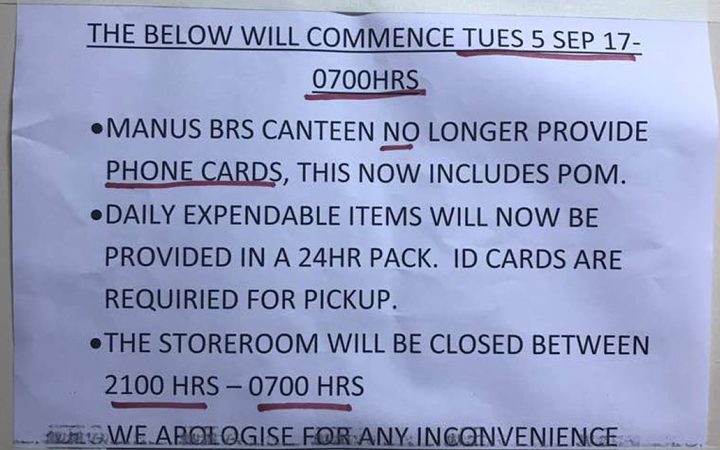 Notice put on the wall of the motel Photo: Ian Rintoul

The withdrawal of phone cards from the refugees in Port Moresby follows similar cuts to phones and phone cards on Manus Island.

There are now well over 100 refugees and asylum seekers at the motel, supposedly transferred for medical reasons.

But Mr Rintoul said it had become obvious that many of the supposed medical transfers are simply a way of getting refugees off Manus Island.

Some refugees, fearful of being dumped and left homeless in Port Moresby, have refused to be transferred from Manus Island because they do not have medical issues.

Meanwhile, protests continue at the Manus detention centre against the forced closure of compounds, cuts to activities and services, and the long term detention.

On Tuesday, Manus asylum seekers and refugees were told that the number of points they are given to use at the detention centre canteen has been further cut from 39 to 34 points.

"Peter Dutton is using the same tactics on Manus that he is using against the refugees who have been transferred from Manus and Nauru to Australia for medical treatment," said Ian Rintoul, spokesperson for the Refugee Action Coalition.

"On Manus, and in Port Moresby, he is cutting points, and cutting goods from the canteen, while he is pushing them out of accommodation blocks. In Australia, he has cut their income and depriving them of housing," he said.

"Bereft of policies, left with egg on his face because he [Peter Dutton] is unable to settle anyone in PNG or the US, Mr Dutton is reduced to spiteful standover tactics, pushing defenceless people around because he can. It's pathetic. Another sign that the government is on the way out," Mr Rintoul said. 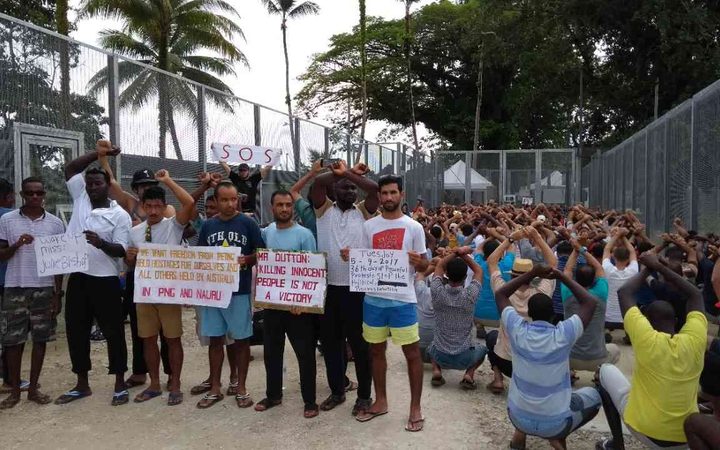