The Fiji Under 20s rugby coach says every game is a must win at the Junior World Trophy.

The Baby Flying Fijians have been stuck in the second tier of international competition since being relegated from the Junior World Championship in 2014.

Last year they finished in third place in Zimbabwe, having lost to Pacific rivals Samoa in their decisive pool match.

With eight nations vying for one promotion place in Uruguay over the coming fortnight, head coach Koli Sewabu said Fiji probably have to win every game in Montevideo to claim the title, starting with Hong Kong tomorrow morning.

"The teams are getting stronger each year so we can't lax off and just aim for one game, so we've got to treat every game as a final," he said.

"So we're really looking forward to our first game - it will be an opportunity for us to put a lot of our game-plans in place and making sure we take a step ahead every game we encounter after that." 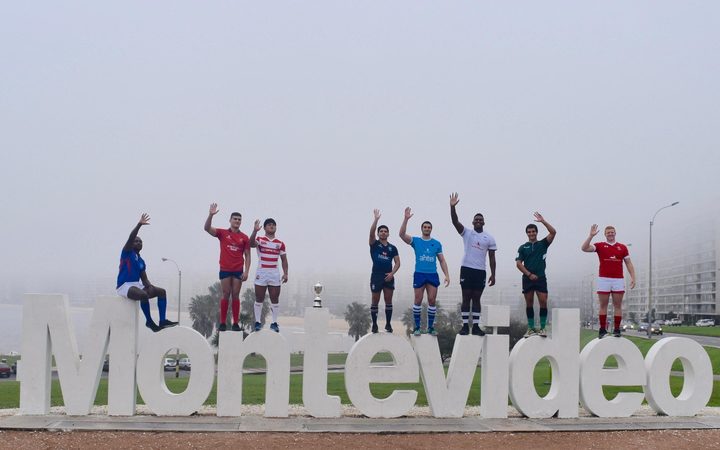 Hands up if you want to win the World Rugby U20 Trophy in Uruguay. Photo: World Rugby

Fiji will also face Portugal in pool play and the host nation Uruguay for the third year running.

"We've had a look at the videos of both Uruguay and Japan [in the other pool] - Uruguay beat Fiji two years ago and Fiji just won last year, so they'll be strong," he said.

"[We're expecting] a forward-dominated style of play but we've seen the weaknesses and the work-ons for those games and that's what we're preparing for and putting things together to ensure that we don't repeat the same sort of mistakes like we did last year".

The top team in each pool will play off in the final next month.