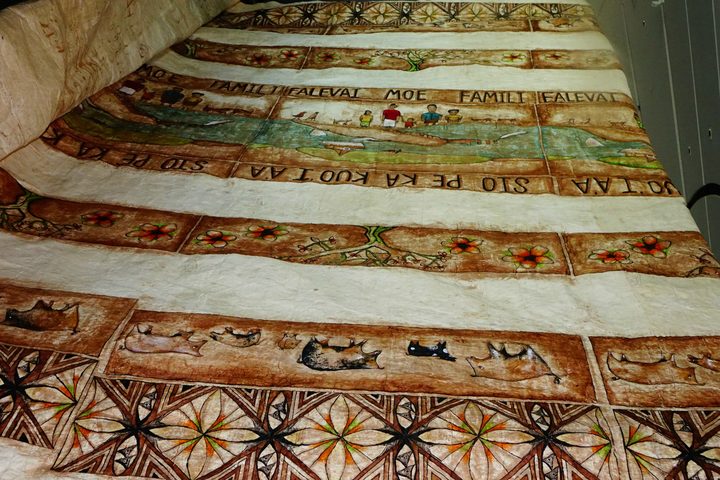 However, a group of New Zealand-born Pacific artists are challenging the stereotypes at an exhibition, which opens in Hamilton this week.

The Cold Islanders: Art on the Pacific Spectrum exhibition explores the adjustments Pacific migrants had to make when they came to Aotearoa, New Zealand.

It also explores the continued feelings of displacement and stereotyping felt by their descendants.

The exhibition's curator Leafa Wilson was born and raised in the North Island town of Tokoroa.

She said she could relate to how her forebears must have felt.

"The islands, you think of warmth, being sweaty and running around with a nice lavalava and a t-shirt on."

"Here in Aotearoa, we're doing the same thing except it's freezing, so its always in my head, what has this made us into? It's not a negative, not a positive. It's just that we are different," she said.

Leafa Wilson said she felt alone when she moved to Hamilton because there is not a big Pacific community in the city nor a Pacific artist community.

Deciding to have the exhibition at Waikato Museum was tricky at first as many of the Pacific artists are Auckland-based.

"I thought, rather than having all the Aucklanders feature in this exhibition, which is only natural to assume seeing the largest Pacific community in New Zealand is in Auckland, but I wanted to include artists from different circles."

"I tried to include a different catchment of artists who are Pasifika from around the country, but are very much under the radar."

"The range vary from well known to emerging to those who have been operating quietly for years," she said. 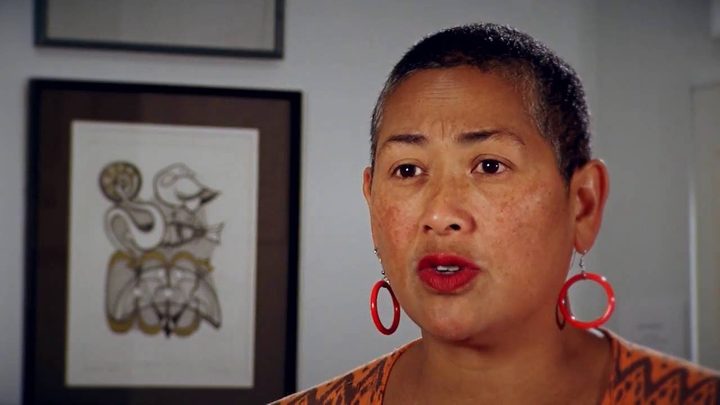 Themes of dislocation and mixed heritage resonate in the works, which are based on the artists' personal stories.

The artists are second or third-generation New Zealanders who identify as Pacific islanders, yet have little connection with the islands.

"Almost all of these works come from quite a dislocated place from the island home. It's the crucial point of the exhibition, being dislocated."

"That's not to say that they're lost, but this is an acknowledgement of this generation of artists who are not island base."

Ka-Lani Ianusi is an independent artist that labels herself as a tutu artist; one that specialises in many fields of art.

Ms Ianusi produced three visual pieces for the exhibition, Manu Ali'i, Atua Fafine Tolu (Pele's Gate) and Alchemical Afakasi and she describes them all as having an esoteric narrative. 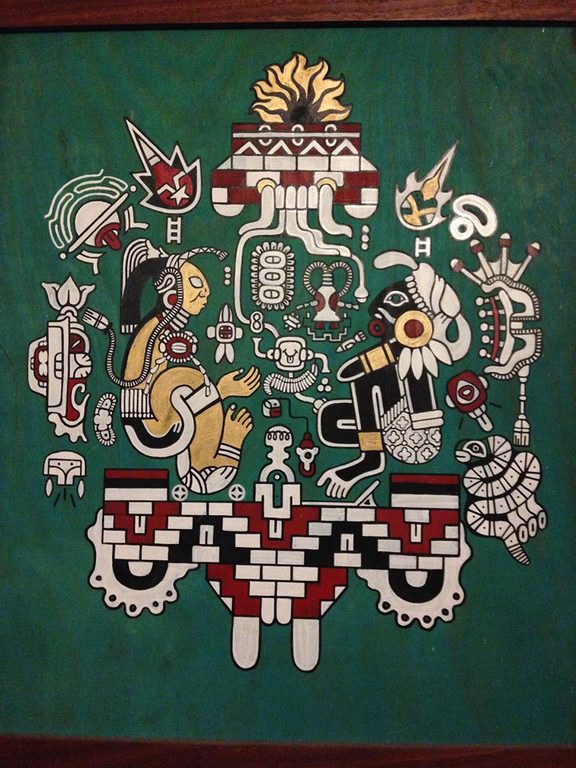 Ms Ianusi is of Samoan, Australian and Danish descent. Her mixed heritage has not made life easy.

"It's interesting because I have some funny genetics. I don't look Samoan at all. I've got the hair and that's it."

"People haven't been able to put me in a box. I've only had external identities projected onto me."

"I had to learn to cope with that from an early age. Just the feeling of displacement and the disenfranchisement culturally."

"I struggled with it for a long time until I found that it was actually a strength. What I thought was a weakness is now a strength," she said.

Christopher Ulutupu is an artist and Fine Arts lecturer and has produced a triptych video artwork exploring the theme of displacement.

"The term 'The Cold Islanders' comes from a response against what people perceive as being Pacific islander."

"I think people give in to the stereotypes and the troupes that we know for example the islander jokes, the beautiful Samoan lady underneath a coconut tree."

"I think this exhibition is the antithesis of that and trying to break down some of those stereotypes," he said.

Mr Ulutupu said he was turned down for a scholarship because his work did not reflect Pacific values and that made him question what it means to be a Pacific artist.

"I'm a Pacific islander. I'm Samoan making the art. I'm all about supporting young artists and supporting Pacific artists specifically, but there's the danger of influencing the research or categorising people before they even started to do any form of art," he said.

"I'm not downplaying the importance of those kinds of mediums and those kind of ideas of Pacific art."

"It needs to be discussed when institutions that provide scholarships as such to help Pacific students succeed, but have an agenda especially when promoting Pacific art," he said.

29 artists will feature their work that range from photography to performing arts, which opens on Saturday 26 August and will run through until December.