Pacific churches have come out in support of West Papuan self-determination while endorsing the referenda planned for New Caledonia and Papua New Guinea's Bougainville.

In a statement, the Pacific Conference of Churches said it supported calls from Pacific Island countries' for a United Nations investigation of Indonesia's human rights abuses in West Papua. 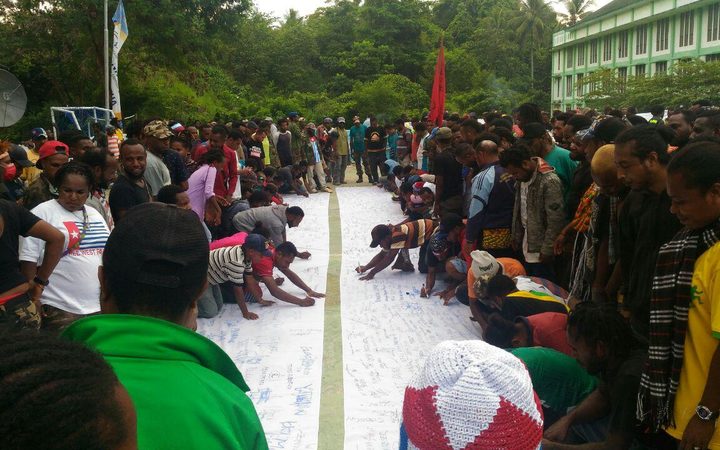 Thousands sign petition message in support of the United Liberation Movement for West Papua in the Pacific and at the UN in 2016. Photo: Supplied

It said it also supported the struggle of the people of New Caledonia in their pursuit of self-determination and urged the signatories to the Noumea Accord to proceed with the referendum planned for next year.

The conference also encouraged churches to promote the leadership of women and urged law enforcement agencies to protect the rights of women and children.