Papua New Guinea avenged their shock loss to Fiji two years ago, with the Garamuts securing a four wicket win in opening round of the East Asia Pacific qualifiers for the Men's Under 19 Cricket World Cup.

After being put into bat the Fijians lost regular wickets to be all out for 88 in the 37th over, with Boge Daniel Arua the chief destroyer, taking 4 for 21 off his ten overs.

PNG's run chase struck early trouble as the Garamuts slumped to 18 for 3 in the sixth over but a 45 run stand between Heagi Ronald Toua (27 off 28 balls) and captain Vagi Karaho (15 off 30 balls) stabilised the innings as they got home with almost 25 overs to spare. 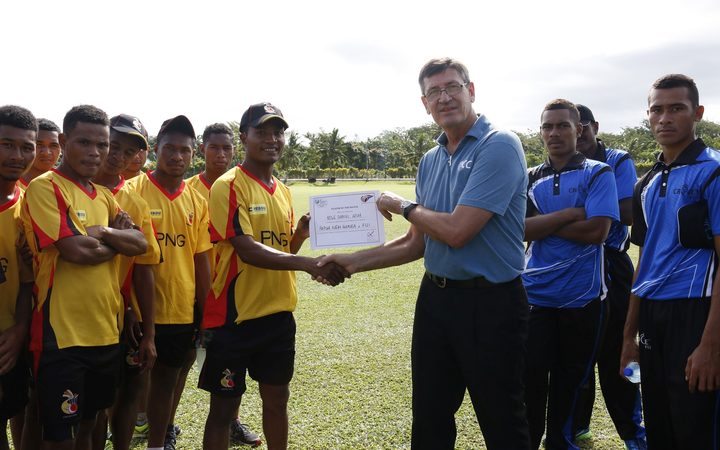 Petero Cabebula impressed with the ball for Fiji in a losing effort, claiming 4 for 28 from seven overs.

Meanwhile Vanuatu eased to a comprehensive eight wicket win over hosts Samoa in the other first round match.

Samoa lost a wicket in the first over, after opting to bat first, and were all out for 40 inside 21 overs, with Tony Tamata, Obed Yosef, Stephane Sandy and William Nalisa picking up two wickets each.

The Melanesians cruised to their target in just the 16th over, with Johnna Todah top scoring with 17 not out.

Vanuatu take on Fiji and PNG face Samoa in today's second round.

The top team after the round robin will qualify for January's Under 19 Cricket World Cup in New Zealand.